October 17, 2022 – Further to a bidding procedures order [Docket No. 122], the Debtor notified the Court that, absent any further qualified bids beyond that of stalking horse bidder VMware, Inc.* (the “Stalking Horse Bidder,” also the Debtor’s DIP Lender, $14.5mn cash and credit bid), an auction of the Debtors' assets scheduled for October 19th has been cancelled [Docket No. 204]. The Stalking Horse Bidder’s APA is attached as Exhibit B to Docket No. 41 with a September 1st amendment filed at Docket No. 102.

The September 1st amendment changed the purchase price from $12.5mn plus the Buyer's obligation to fund the Debtor's KEIP…to $14.5mn with responsibility for funding the KEIP now left to the Debtor.

As a result of the augmented purchase price, the Debtor will have distributable proceeds that cascade down the recovery waterfall than earlier expected; with general unsecured creditors now unimpaired (and now not entitled to vote on the Plan) and common interests (deemed to reject and not entitled to vote) in line for an estimated 9% recovery.

A hearing to consider approval of the sale and confirmation of the Debtors' Subchapter V Plan of Liquidation is scheduled for October 24th.

* VMware touts itself as "a leading provider of multi-cloud services for all apps."

On August 4, 2022, 8e14 Networks, Inc. (d/b/a as Ananda Networks, “8e14” or the “Debtor”) filed for Chapter 11 protection (Subchapter V) noting assets between $10.0mn and $50.0mn; and liabilities between $10.0mn and $50.0mn. At filing, the Debtor “a software company focused on the development and commercialization of security features, including virtual private network connections, zero-trust access, and network optimization capabilities,” noted that “its operations do not yet generate sufficient working capital to be self sustaining” without providing further detail as to operational or macro-economic challenges.

On September 6th, the Court hearing 8e14 Networks case issued a final DIP order authorizing the Debtor to access up to $2.0mn in new money debtor-in-possession (“DIP”) financing provided by VMWare, Inc. The Debtor had earlier been allowed to tap $1.1mn of the financing by a pair on interim DIP orders issued on August 10th [$450k, Docket No. 30] and August 16th [$650k, Docket No. 62], respectively.

Also on September 6th, the Court hearing the 8e14 Networks case issued an order: (i) approving bidding procedures in respect of the Debtor’s proposed sale of substantially all of its assets (the “Sale”), (ii) authorizing the Debtor to enter into a stalking horse arrangement with the Lender ($14.5mn cash and credit bid) and (iii) adopting a proposed auction/sale timetable culminating in an auction on October 19th and a sale hearing on October 24th.

On September 16th, the Debtor filed a solicitation version of its Second Amended Subchapter V Plan of Liquidation and separately filed a blackline of the document showing changes from the version filed on September 6, 2022 [Docket Nos. 165 and 166, respectively].

The lightly amended solicitation version of the Plan provided updates for in respect of the Debtor's debtor-in-possession ("DIP") financing (a final DIP order now issued) and cleans up some drafting mistakes in the September 6th documents which had failed to correctly reflect an increased bid from stalking horse VMWare, Inc. and that development's impact on expected recoveries.

The bidding procedures motion states, “While the Debtor’s business is revolutionary and its intellectual property is very valuable, its operations do not yet generate sufficient working capital to be self-sustaining. The Debtor’s management determined that a sale of substantially all of its assets would be the best path forward and in the best interests of its creditors and equity holders. The Debtor conducted several rounds of marketing efforts which failed due to a dispute with one of the Debtor’s founders.

Ultimately, as a result of that dispute and the Company exhausting its liquidity, this Chapter 11 case became necessary to complete such a sale. The proposed Bidding Procedures provide the Debtor with a cost-effective mechanism to realize value through the sale of the Debtor’s assets, which may be (but is not required to be) implemented through a Chapter 11 plan for the Debtor (the ‘Plan’).

The motion continues: "Prior to commencing this Chapter 11 case, the Debtor undertook an extensive marketing process that ultimately led to the selection of the Stalking Horse Bidder and the Stalking Horse Bid, and the provision by the Stalking Horse Bidder of the DIP Facility. Nevertheless, because the Debtor desires to obtain a higher or better bid if such a bid is available, the Debtor has retained Rock Creek Advisors LLC (‘Rock Creek’) to, among other things, assist the Debtor in a marketing process for potential purchasers of the Debtor’s assets. The Debtor anticipates filing a plan that will provide a potential purchaser (including the stalking horse bidder) with the option to close such a purchase through a Plan (rather than through a standalone sale pursuant to Section 363 of the Bankruptcy Code) if the purchaser so desires. Consistent with that process, the Debtor now files this Motion seeking approval of Bidding Procedures to continue its marketing efforts and complete a sale of its assets in a manner that maximizes the value of the Debtor’s assets.

In consultation with Rock Creek, the Debtor has developed a list of parties whom they believe may be interested in, and whom the Debtor reasonably believes would have the financial resources to consummate a purchase of substantially all of the Debtor’s assets, either through a Plan or otherwise (a ‘Transaction’). The list of parties includes strategic investors and financial investors, including well-resourced parties that the Debtor had been in contact with as part of its prepetition marketing (collectively, the ‘Contact Parties’). The Debtor and Rock Creek will contact (to the extent not already contacted) the Contact Parties to explore their interest in pursuing a Transaction. The Contact Parties may include parties whom the Debtor or its advisors previously contacted regarding a transaction, regardless of whether such parties expressed any interest at such time in pursuing a transaction. The Debtor will continue to discuss and may supplement the list of Contact Parties throughout the marketing process, as appropriate."

According to the Debtor: “Our founding team spent decades creating multiple cybersecurity and networking companies and products. We started Ananda Networks after realizing our 20th century networking and security paradigms are simply no longer relevant for our 21st century distributed, cloud enterprise. Rather than continue 'patching' the old network with numerous point products, such as firewalls, VPNs, NAC, MPLS and SD-WAN, it’s time to 'fix the network' and build it right from the ground up."

Voyager Digital Holdings, Inc. – Court Rules that Crypto-Currency Broker Can Return Customer Cash (Given It Is Not Estate Property) with Consideration as to Ownership of Cryptocurrency Assets Deferred 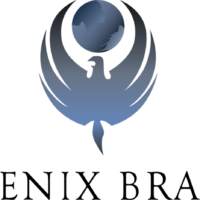