Akorn’s operations generated approximately $682 million in revenue and approximately $124 million of adjusted EBITDA in 2019. A high percentage of the Debtors’ direct sales are attributable to three large wholesale drug distributors: AmerisourceBergen Corporation; Cardinal Health, Inc.; and McKesson Corporation. On a combined basis, these three wholesale drug distributors accounted for approximately 82.6% of Akorn’s gross sales and approximately 60.3% of net revenue in 2019. Since April 2017, Akorn’s market capitalization has declined by more than 99%—from roughly $4 billion following announcement of the Merger Agreement [April 2017 with Fresenius Kabi AG (“Fresenius”) and since terminated, see more below] to less than $37 million.

In a press release announcing the filing, the Debtors advised that they intend to use their stay in Chapter 11 “to execute an in‑court sale of its business while addressing litigation-related overhangs and best positioning the business for long-term success under new ownership. In connection with the filing, the Company has executed a Restructuring Support Agreement with lenders representing more than 75% of its secured debt, who will collectively serve as a "stalking horse" bidder in the Company's sale process and provide additional liquidity to fund the Company's business operations during this process.

The Chapter 11 cases include Akorn and each of its U.S. subsidiaries. The Company's entities in India and Switzerland are not included in the Chapter 11 filing."

Doug Boothe, the Debtors' President and Chief Executive Officer, commented, "We look forward to separating legacy litigation and debt from the Company's most valuable assets – our products, our people, our manufacturing facilities and our knowledge – so that we can move forward unencumbered by these liability exposures under new ownership that believes in our future."

In a declaration in support of the Chapter 11 filing (the “Portwood Declaration”) [Docket No. 15],  Duane A. Portwood, the Debtors' Chief Financial Officer, detailed the events leading to Akorn’s Chapter 11 filing. The Portwood Declaration details the confluence of a decline in financial performance and the receipt by Fresenius of a pair of anonymous letters "alleging data integrity and regulatory deficiencies" at Akorn facilities which ultimately led to (i) Fresnius' withdrawal from its April 2017 merger agreement, (ii) class action securities litigation, (iii) further litigation pursued by hedge funds that had "opted out" of the class action and (iv) the decision of secured lenders to declare defaults under the Debtors' term loan agreement (the latter frozen until just prior to the Petition date by a standstill arrangement).

Summing up, the Portwood Declaration states: "…the overhang of the Fresenius litigation, the related shareholder litigation with the remaining opt-outs, and ongoing debt service obligations have obstructed out-of-court solutions to the Company’s current capital structure. These headwinds continue to undermine the Company’s performance."

The Portwood Declaration continues: "In April of 2017, Akorn and Fresenius Kabi AG ('Fresenius') announced a proposed merger that, if consummated, would have resulted in Akorn shareholders receiving $34 per common share and Akorn becoming a wholly-owned subsidiary of Fresenius. … Akorn’s business performance then entered into a period of decline, leading Fresenius to seek to terminate the merger.

[We add, out of sequence, Portwood's discussion of the "anonymous letters" which combined with the "period of decline" to provided Fresenius with the grounds to terminate the merger and which provided the genesis for related securities class action litigation: "On November 16, 2017, Fresenius informed Akorn that Fresenius had received two anonymous letters alleging data integrity and regulatory deficiencies at Akorn facilities. Over the next several months, the Company granted Fresenius broad access to its facilities, documents, employees, and equipment. The Company also briefed Fresenius on the findings of its own investigation undertaken following the receipt of the anonymous letters (the ‘Akorn Investigation’), including an incident that it had uncovered involving the submission of likely false data to the FDA in connection with an ANDA. On February 26, 2018, Fresenius announced in a press release that it was investigating Akorn’s data integrity compliance and that '[t]he consummation of the transaction may be affected if the closing conditions under the merger agreement are not met'."]

Akorn ultimately filed suit in the Delaware Court of Chancery (the ‘Delaware Chancery Court’) to require Fresenius to proceed with the merger. After extensive briefing and a five-day trial, the Delaware Chancery Court found that Fresenius’s termination of the merger was valid as a result of, among other things, a ‘material adverse effect’ experienced by Akorn’s business and breaches of Akorn’s regulatory compliance representations and warranties that the Chancery Court concluded would reasonably be expected to give rise to a material adverse effect. Fresenius’s initial announcement that the merger was at risk and the ensuing Delaware Chancery Court opinion prompted federal securities class action litigation against Akorn and certain of its present and former directors and officers, as well as federal and state law derivative litigation, relating to regulatory compliance issues.

On March 13, 2020, the federal district court in Illinois granted final approval to a settlement of the securities class action litigation resolving the securities claims of a class of investors who acquired Akorn common stock from November 3, 2016 through January 8, 2019; but four groups of hedge funds have 'opted out' of the settlement class, filed separate securities law claims, and made clear they intend to continue to litigate their claims against Akorn and the other defendants.

Yet the overhang of the Fresenius litigation, the related shareholder litigation with the remaining opt-outs, and ongoing debt service obligations have obstructed out-of-court solutions to the Company’s current capital structure. These headwinds continue to undermine the Company’s performance."

The press release provides: "To help fund and protect its operations during the Chapter 11 process, Akorn obtained consent to use cash collateral from all of its existing lenders and received commitments from certain of its lenders for $30 million in debtor-in-possession ('DIP') financing. Upon approval of the Bankruptcy Court, the DIP financing will provide the Company and its U.S. subsidiaries with ample liquidity to fund their business operations and administrative expenses during the Chapter 11 cases."

As of the Petition date, the Debtors’ funded indebtedness consists exclusively of the term loans issued under an April 2014 credit agreement (the “Term Loans" and “Prepetition Credit Agreement,” respectively). The Term Loans were issued to finance the Debtors’ acquisitions of the Hi-Tech and VersaPharm businesses. As of the Petition date, the outstanding debt under the Prepetition Credit Agreement (maturity April 2021) was approximately $861.7mn, including interest. The current interest rate is LIBOR + 14.50%. On March 28, 2020, a Toggle Event occurred, which resulted in an immediate Event of Default under the Prepetition Credit Agreement, resulting in an Applicable Rate equal to 12.50% pursuant to clause (d) of the definition of Applicable Rate, plus a 2.00% default rate.

The Debtors are a specialty generic pharmaceutical company that develops, manufactures and markets generic and branded prescription pharmaceuticals, branded as well as private-label over-the-counter consumer health products and animal health pharmaceuticals. We are an industry leader in the development, manufacturing and marketing of specialized generic pharmaceutical products in alternative dosage forms. They focus on difficult-to-manufacture sterile and non-sterile dosage forms including, but not limited to, ophthalmics, injectables, oral liquids, otics, topicals, inhalants and nasal sprays. 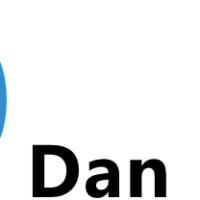