On December 10, 2020, AMC Entertainment Holdings, Inc. entered into a commitment letter with Mudrick Capital Management, LP, pursuant to which Mudrick committed, subject to the satisfaction of certain conditions precedent, including the payment of the Commitment Shares and consummation of the Second Lien Exchange, to purchase $100 million in aggregate principal amount of new 15%/17% Cash/PIK Toggle First Lien Secured Notes due 2026 to be issued by the Company. The Notes, when issued, will bear cash interest at a rate of 15% per annum payable semi-annually in arrears on July 15 and January 15, beginning on July 15. Interest for the first three interest periods after the issue date may, at the Company’s option, be paid in kind at a rate of 17% per annum and thereafter interest shall be payable solely in cash. As consideration for its commitment, Mudrick will receive a commitment fee equal to 8,241,758 shares of the Company’s Class A common stock.

As of November 30, 2020, the Company was operating at 404 of its 594 U.S. theatres, with limited seating capacities and during limited opening hours. The Company’s closed U.S. theatres include theatres in some of its major markets, such as New York City and in California. During the fourth quarter from October 1, 2020 to November 30, 2020, “we have experienced an overall attendance decline in the U.S. of approximately 92% compared to the same period a year ago,” the Company states.

The Company estimates that its cash and cash equivalents at November 30, 2020 amounted to approximately $320.0 million, compared to $417.9 million at September 30, 2020. In the absence of additional liquidity, the Company anticipates “that existing cash resources will be depleted during January 2021.” To remain viable through 2021, the Company currently estimates that it will require at least approximately $750 million of additional liquidity to fund its cash requirements, although this estimate is subject to a number of assumptions and may vary materially. “Given the uncertainty regarding our ability to raise material amounts of additional liquidity and the uncertainty as to the time at which attendance levels might normalize, substantial doubt exists about the Company’s ability to continue as a going concern for a reasonable period of time.” 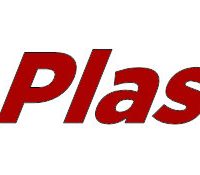