On February 7, 2020, American Commercial Lines, LLC and ten affiliated Debtors (“ACL” or the “Debtors”) filed for Chapter 11 protection with the U.S. Bankruptcy Court in the Southern District of Texas, lead case number 20-30982. In their lead Petition, the Debtors, providers of inland barge transportation services, noted between 10,000 and 25,000 creditors; estimated assets between $1.0bn and $10.0bn; and estimated liabilities between $1.0bn and $10.0bn (NB: the Debtors' requirement to file a schedule of assets and liabilities was waived by the Court).

In a press release announcing their emergence from bankruptcy, the (former) Debtors stated: "American Commercial Barge Line Holding Corp…as successor to American Commercial Lines Inc….today announced that it has successfully completed its recapitalization and emerged from Chapter 11.

With $200 million in new equity capital and having reduced its funded debt by approximately $1 billion, the Company has a strong financial foundation to support investments in future growth initiatives."

The Debtors' memorandum in support of Plan confirmation [Docket No. 231] provided: "Among other things, the Plan will (i) pay holders of General Unsecured Claims in full, (ii) provide holders of Term Loan Claims with 95% of the New Common Equity (subject to dilution) and 100% of New Take Back Preferred Equity in the Reorganized Debtors, as well as the right to participate in the Rights Offering, which will result in the infusion of $150 million of new equity capital into the Debtors, (iii) provide the Debtors with access to a New ABL Facility in the principal amount of $650 million, and (iv) provide holders of Interests in Finn Holding with the New Sponsor Warrants. The de-leveraging transactions contemplated by the Plan will eliminate approximately $949 million in funded debt from the Debtors’ balance sheet and thereby improve the Debtors’ financial condition and overall creditworthiness and help ensure their continued operations."

The Disclosure Statement provided: "Key elements of the Debtors’ pre-packaged Plan include

In order to fund the above-described distributions, in connection with consummation of the Plan, (1) ACL anticipates entering into a new asset based loan facility comprising a revolving credit facility (the “New ABL Facility”) and a last-out term facility, and (2) the Reorganized Company will issue the New Common Equity, the New Preferred Equity, and the New Warrants."

The Debtors state: "ACL has faced a confluence of environmental, macroeconomic, and industry-specific factors that has rendered it unable to service their funded debt obligations and meet their liquidity needs. These factors have created a 'perfect storm' that has negatively affected ACL’s businesses."

The Debtors' perfect storm was comprised of:

(i) unusually high levels of rainfall and flooding in the Inland Waterways, resulting in increased operating costs and reduced revenues;

(ii) decreased demand for soybeans and other goods that ACL transports as a result of recent tariffs and trade tensions between the United States and China;

(iii) an oversupply of dry and liquid cargo barge capacity as a result of declines in domestic coal shipments and a shift in distribution patterns to new crude oil pipeline capacity; and

(iv) (the result of i-iii, above) an inability to service prepetition indebtedness, including approximately $1.48bn of secured debt obligations maturing in November 2020 ($536.0mn under the Existing ABL Facility and approximately $949.0mn under the Term Loan Facility). NB: The Existing ABL Facility is subject to a springing maturity date of August 13, 2020 to the extent the Term Loan Facility remains outstanding as of that date

In addition to establishing the parameters for the $690.0mn of debtor-in-possession (“DIP”) DIP financing described below, the RSA sets forth the terms and conditions for the comprehensive Restructuring of ACL’s balance sheet including: "

On the Effective Date, the Allowed Claims under the Existing ABL Facility shall (i) receive, in full and final satisfaction, settlement, release, and discharge of, and in exchange for, each such Claim, payment equal to the Allowed amount of such Claim, in Cash, or (ii) be otherwise rendered Unimpaired; On the Effective Date, all of the Allowed Term Loan Claims will be fully equitized into 100% of the Take Back Preferred Equity and 95% of the New Common Equity (or, in each case, New Warrants therefor);

The following is a summary of classes, claims, voting rights and expected recoveries (defined terms are as defined in the Plan and/or Disclosure Statement) 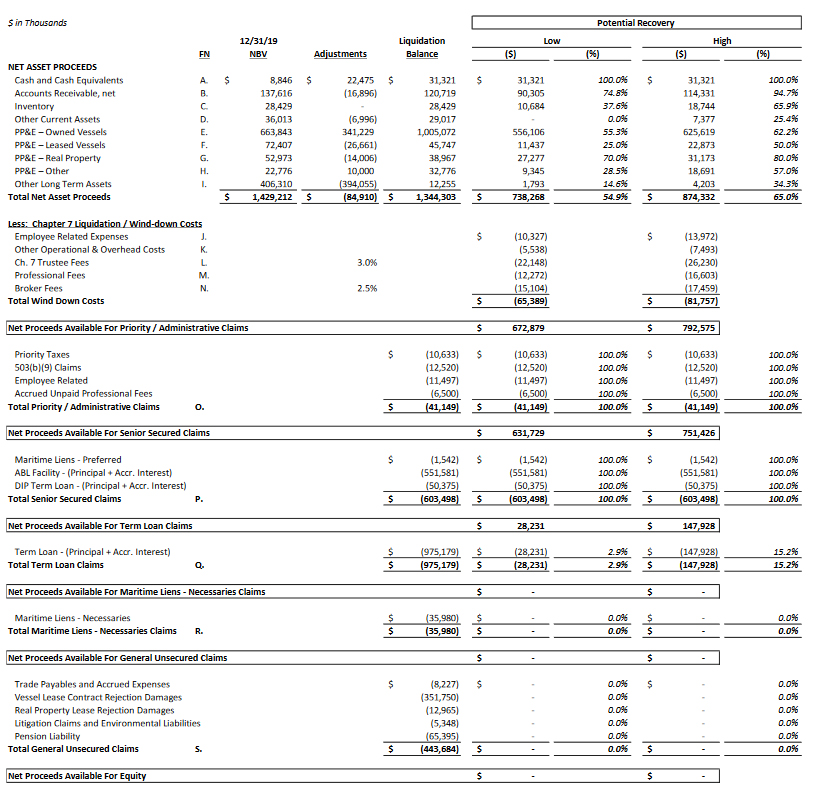 About the former  Debtors

[As described prepetition] ACL is one of the largest providers of liquid and dry cargo barge transportation services in the United States, operating a modern fleet of approximately 3,500 cargo barges on the Mississippi River, its tributaries, and on the Gulf Intracoastal Waterway (collectively, the “Inland Waterways”). In addition, ACL operates a series of strategically-placed harbor services facilities throughout the region, providing fleeting, shifting, cleaning, and repair services to their fleet of barges and 188 towboats, as well as to third-parties. With approximately 2,100 employees as of the Petition Date, and customers that include many of the country’s major energy, petrochemical, industrial, and agricultural companies, ACL comprises one of the largest and most diversified marine transportation and service companies of its kind.

Founded in 1915 and headquartered in Jeffersonville, Indiana, ACL is one of the only marine companies that offers barge transportation of both liquid and dry cargoes and terminal and fleeting services throughout the Inland Waterways. 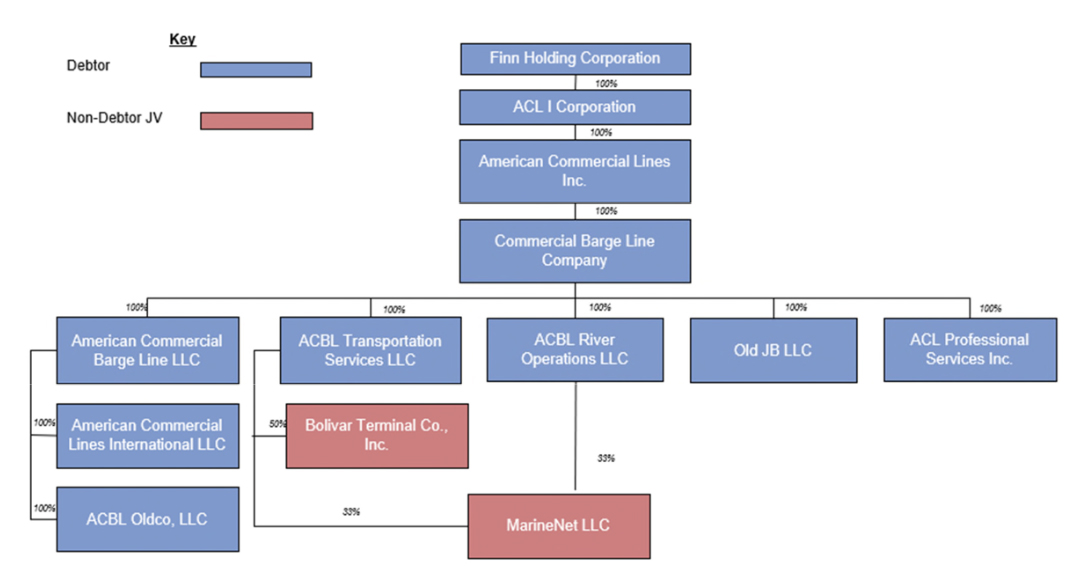 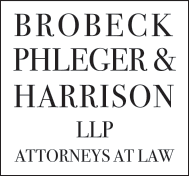