Accordingly, the Debtors have determined that remaining in chapter 11 in an effort to generate proceeds for the Excluded Assets is not a feasible alternative at this time, and with the Committee not objecting to conversion, the Debtors have determined that it is in the estates’ best interest to have a chapter 7 trustee appointed to make decisions with respect to such assets and the manner in which these cases are wound down. The Debtors believe the continued administration of the Excluded Assets can best be accomplished by a chapter 7 trustee and the estates can do so without the expense and cost of a chapter 11 plan process. The Debtors do not have sufficient cash to remain in chapter 11 and, therefore, are not positioned to pursue a chapter 11 plan of liquidation.”

On August 13, 2020, Arandell Holdings, Inc. and three affiliated Debtors (“Arandell” or the “Debtors”) filed for Chapter 11 protection with the U.S. Bankruptcy Court in the District of Delaware, lead case number 20-11941 (Judge Dorsey). At filing, the Debtors, a commercial printing company and the third largest printer of catalogs in the United States, noted estimated assets between $10.0mn and $50.0mn; and estimated liabilities between $100.0mn and $500.0mn.

In a declaration in support of the Chapter 11 filing (the “Hoffman Declaration”), Bradley Hoffman, the Debtors’ President and Chief Executive Officer, detailed the events leading to Arandell's Chapter 11 filings. For these Debtors, the slide into bankruptcy seems to have begun with an ill-fated acquisition: the 2018 purchase of an idle printing facility in Kentucky that was hit by numerous mechanical/technical issues, an ice storm and a borrowing base reduction. Then, on the cusp of what the Debtors believe was a legitimate operational turnaround, COVID-19 struck.

In a June 19th announcement as to the closure of the Kentucky facility, the Debtors stated: "Prior to COVID-19, Arandell had been on pace for a strong year and Arandell Kentucky was playing a key role in that growth and success. Unfortunately, the pandemic has had a significant impact on our customers – many of whom have experienced closures, supply chain disruptions and complications from stay-at-home orders. These challenges have affected our production schedules which has led to this week’s difficult decision."

On November 25, 2020, further to an October 16th bidding procedures order [Docket No. 252] and a November 25th sale hearing, the Court approved the sale of substantially all of the Debtors’ assets to Arandell Acquisition Company, LLC (“AAC,” a special purpose vehicle formed and managed by Saothair Capital Partners LLC) [Docket No. 375]. The APA detailing the terms of the successful bid (valued at approximately $33.0mn – $34.0mn) was attached to the order as Exhibit A.

The Hoffman Declaration provides: “Arandell Corporation is, along with its previous iteration, a nearly 100-year-old commercial printing company that is located at N82 W13118 Leon Road, Menomonee Falls, WI.

The facility in Walton, KY, was built by Continental Web Press (‘CWP’) approximately 20 years ago.

In 2016, CWP sold the assets of this facility to Trend Offset, a California printer, that subsequently ceased operations in September 2017 and vacated the premises.

Arandell Kentucky acquired the assets of the Walton, KY, facility in March 2018.

Arandell Corporation currently ranks as the third largest printer of catalogs in the United States. It has a strong reputation for production quality and service excellence, driven by a staff of over 600 highly skilled and trained professionals at the end of 2019. The Companies’ workforce has been trimmed to about 500 employees as of the date of the filing herein. 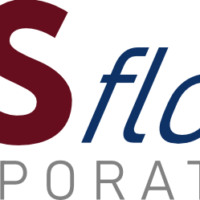