November 13, 2020 – The Debtors filed a combined Plan of Liquidation and Disclosure Statement (the “Combined Document”) [Docket No. 455], and further filed a motion requesting that the Court approve (i) proposed Plan solicitation and voting procedures and (ii) a proposed timetable culminating in a December 4th Plan confirmation hearing [Docket No. 456].

The Debtors, a comprehensive dental practice support services company, filed for Chapter 11 protection with the U.S. Bankruptcy Court in the Southern District of Texas on August 3, 2020 citing the impact of COVID-19 on its revenues; which during the period March through May 2020 were 68% lower than during that same period a year earlier.

From the outset of these cases, the Debtors have faced challenges from their Official Committee of Unsecured Creditors (the “Committee”) which had objected to the control/influence of New Mountain Finance Corporation ("New Mountain") has as the Debtors' primary prepetition secured lender, its proposed DIP Lender, its controlling equity holder, and its stalking horse bidder. The result of New Mountain's many-hatted dominance of the cases, the Committee has argued (unsuccessfully), was that the Debtors' DIP financing arrangements and bidding procedures serve "New Mountain’s interests at the expense of all other creditors, particularly unsecured creditors" and "would ram through a rushed and incomplete sales process and artificially augment and insulate New Mountain’s stalking horse credit bid."

Exhibits Attached to the Plan/Disclosure Statement 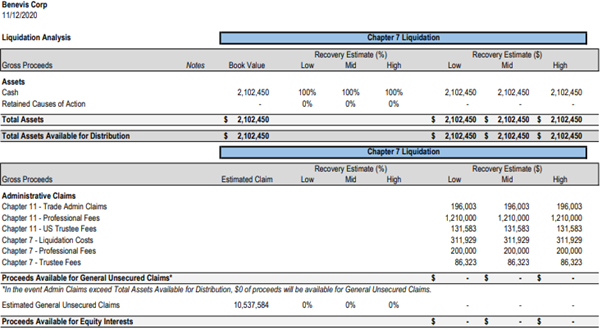 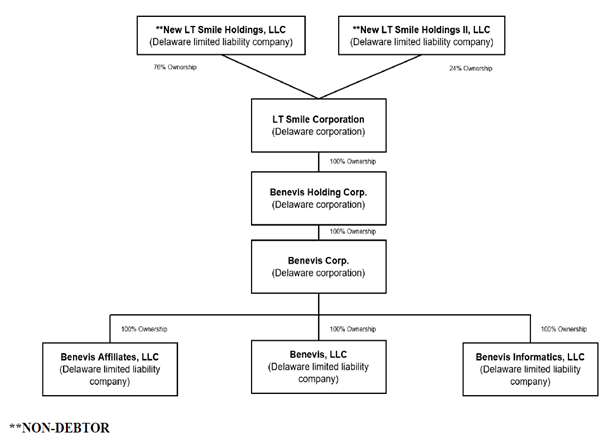