June 8, 2020 – The Debtors' Official Committee of Unsecured Creditors (the “Committee”) objected to the Debtors tabulation of votes, arguing that the Debtors are "trying to stack the deck to get the Plan confirmed" by excluding votes in the Plan's critical class 4 ("General Unsecured Claims"); votes, which if counted, would have dramatically impacted the result in that class and impacted the viability of a Plan in which only two classes of creditors were entitled to vote.

Particularly galling to the Committee is the exclusion of a $23.0mn claim held by Fifth Third Bank "from consideration for Class 4 voting on the Plan" on grounds which the Committee vigorously contests and which place the Debtors' claims agent, Epic Corporate Restructuring ("Epiq"), embarrassingly in the middle of the Committee's vote-rigging allegations.

The Fifth Third Bank claim is one of a number of lease-related claims (rail cars and property) that total approximately $80.0mn and are treated by the Plan as general unsecured claims, ie in Class 4. The other voting class is Class 3 (“Prepetition Lender Secured Claims”) which is comprised of $20.0mn of claims held by prepetition lenders Wilks Brothers, LLC and Equify Financial, LLC (the "Prepetition Lenders"). The Prepetition Lenders are actually owed $65.0mn which is strategically split across the two voting classes: (i) the $20.0mn in Class 3 where it is set to be exchanged for the equity in the emerged Debtors and (ii) $45.0mn (as a deficiency claim) in class 4, where it will get nothing but serves to counter unhappy unsecured creditors who might vote against the Plan.

As noted in the voting results summarized below, only $45.3mn of claims were voted in Class 4; so take away the Prepetition Lenders' $45.0mn eficiency claim and/or count the $23.0mn Fifth Third Bank claim and there is clearly a very different result indeed.

For Epiq, which is accused by the Committee of wittingly or unwittingly aiding the Debtors (in turn aiding the Prepetition Lenders) in improperly excluding the Fifth Third Bank claim on grounds that the Committee vigorously contests as implausible, this is an embarrassing moment; one that the Committee goes to lengths to argue is intentional and part of the "Debtors’ latest attempt to continue in its relentless quest to force through a one-sided plan at any cost" and to leverage the Prepetition Lenders' $65.0mn however possible.

The Committee notes that the treatment of the Fifth Third Bank claim was a highly discussed topic and that they had, after having being told by Epiq that the claim was being rejected, received assurances that it was in fact being counted in the class. The Committee notes: "On June 1, 2020, Fifth Third proceeded to submit an online ballot to vote its claim, but was prevented from doing so for failure [to] enter a 'Unique E-Ballot ID.' Upon inquiry to the Debtors’ claims agent, Epiq Corp Restructuring, LLC ('Epiq'), Fifth Third was informed that it was not a holder of a claim entitled to vote on the Plan and was directed to consult the Procedures Order. Fifth Third immediately contacted counsel to the Debtors, who agreed that Fifth Third should be permitted to vote on the Plan, subject to the Debtors’ discretion to object to Fifth Third’s ballot and Claim. Thereafter, Fifth Third received its Unique E-Ballot ID and submitted its ballot, which voted to reject the Plan (the 'Fifth Third Ballot'), prior to the Voting Deadline. On June 3, 2020, following inquiry by the Committee’s counsel, the Debtors provided a status on the voting via an email from Debtors’ counsel, Garrick Smith, to Holland O’Neil, a copy of which is attached hereto as Exhibit A. The email provided a listing of the ballots and a preliminary calculation of the voting. At that time, the Fifth Third Ballot was included in the Class 4 voting tabulation."

The objection continues, “The Debtors filed their Motion to Reject (as defined below) on the very first day of this case, asking this Court to approve the rejection of 37 leases. In the Motion to Reject the Debtors proclaim that in the lead up to these chapter 11 cases, they “undertook an extensive analysis of their executory contracts and unexpired leases,” estimating that rejection of the identified leases would “provide approximately $80 million of total savings over the remaining terms” of those leases. Motion to Reject at para. 8. It is undeniable that the Debtors were aware from the outset of this case that rejection of the leases would mean Class 4 General Unsecured Claims would include sizeable rejection damages claims—claims large enough in combination to exceed the value of all other Class 4 claims combined, even including the purported deficiency claims of plan proponents Wilks Brothers, LLC and Equify Financial, LLC (the 'Prepetition Lenders').

The Solicitation and Tabulation Procedures (as defined below) conditionally approved by the Court provide that if a proof of claim is timely filed in support of any claim, including a rejection damages claim ‘such Claim is allowed for voting in the amount set forth on the proof of claim . . . .’ This clear instruction notwithstanding, the Debtors have excluded the rejection damages claim of Fifth Third Bank from consideration for Class 4 voting on the Plan on the grounds that it ‘does not hold a record date claim in this Class.’ The Fifth Third’s lease was rejected effective as of the Petition Date, Fifth Third timely filed a proof of claim in support of its rejection damages claim, and timely submitted a Class 4 ballot voting to reject the Plan. There is nothing more that Fifth Third could have done to comply with the voting procedures in this case—if Fifth Third is not eligible to vote in Class 4, the only conclusion that can be drawn is that the Debtors seek to disenfranchise all Class 4 rejection damages claimants. The Debtors are trying to stack the deck to get the Plan confirmed. With this eleventh hour move to disenfranchise a key group of creditors the Debtors have sprung a proverbial ‘gotcha’ that, if left unchecked, would allow the Prepetition Lenders’ Class 4 votes to dominate and carry the class. This is the Debtors’ latest attempt to continue in its relentless quest to force through a one-sided plan at any cost and the Debtors should be required to include Fifth Third’s vote in the tabulation of Class 4 because it is required by the Solicitation and Balloting Procedures, the Bankruptcy Code, and the Bankruptcy Rules

The Debtors’ Plan confirmation hearing is scheduled for June 9, 2020.

On June 5, 2020, the Debtors’ claims agent notified the Court of Plan voting results [Docket No. 454], which were as follows:

The following is a summary of classes, claims, voting rights, and expected recoveries (defined terms are as defined in the Plan and/or Disclosure Statement): 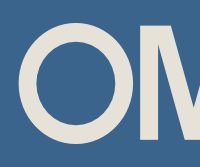 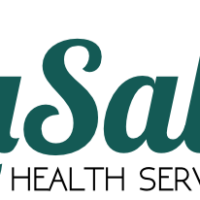