November 19, 2021 – The Debtors notified the Court that their Prepackaged Chapter 11 Plan of Reorganization had become effective as of November 19, 2021 [Docket No. 106]. The Court had previously confirmed the Debtors’ Plan on November 12, 2021, adding these Debtors to a growing list of "super speed" Chapter 11 filers who win Plan confirmation in a day or less [Docket No. 197] and further cementing the dominance of a small group of professional teams (including Jackson Walker, Kirkland & Ellis and Prime Clerk) in this lucrative and growing part of the Chapter 11 ecosphere.

On November 11, 2021, Carlson Travel Inc. and 37 affiliated Debtors (“CWT” or the “Debtors”) filed for Chapter 11 protection with the U.S. Bankruptcy Court in the Southern District of Texas, lead case number 21-90017 (Judge Isgur). At filing, the Debtors, which operate a business travel management company or "Business-to-Business-for-Employees (B2B4E) travel management platform," noted estimated assets between $1.0bn and $10.0bn; and estimated liabilities between $1.0bn and $10.0bn.

A deadline to file professional fee claims has been set at January 3, 2022.

For Judge Marvin Isgur, CWT represents a third "super speed" prepack in recent years which has coincided with the Southern District of Texas's rapid rise to the top of the bankruptcy Court heap under his guidance of and that of Judge David R. Jones. Isgur's earlier one-day cases include Belk and Mood Media each of which also featured Jackson Walker as local bankruptcy counsel, Kirkland & Ellis as general bankruptcy counsel and Prime Clerk as claims agent in what was undoubtedly pitched to the CWT Debtors as a cohesive and experienced team effort (a future pitch that just got even more convincing). Judge Jones oversaw the Sheridan Holding Company I, LLC cases which also featured the Jackson Walker, Kirkland, Prime Clerk trio (AlixPartners also engaged as financial advisor). Notably, Kirkland and Prime teamed up in the one-day Delaware cases (FullBeauty Brands Inc. and Sungard Availability Services) overseen by soon to retire Judge Robert D. Drain.

In a brief press release announcing the filing, the Debtors stated, "CWT, the Business-to-Business-for-Employees (B2B4E) travel management platform, today announced it has taken the next step to implement its previously announced recapitalization plan. CWT initiated a legal process in the United States, which it expects to complete on an expedited basis due to the overwhelming support of its financial stakeholders. The recapitalization plan provides CWT with $350 million of new equity capital to reinvest in the business, eliminates approximately half of the Company’s debt and provides for all business partners and other providers of goods and services to CWT to be paid in full.

CWT’s recapitalization plan has the support of 100% of its bank group and holders of over 90% of the Company’s outstanding secured debt."

As reported previously, on October 4, 2021, the Debtors began solicitation of creditors in respect of a prepackaged Chapter 11 Plan.

In a September 15, 2021 press release announcing a restructuring support agreement and its intention to begin the Chapter 11 solicitation process, CWT noted that it had: "entered into an agreement with financial stakeholders representing over 90% of the Company’s outstanding debt to recapitalize the business and further strengthen CWT’s financial position as the recovery in business travel continues to gain momentum in key markets around the world.

Key terms of the agreement, entered into with financial stakeholder Barings LLC, among others, include:

CWT expects to begin soliciting formal approval of the plan from its existing financial stakeholders in the next few weeks and to finalize implementation of the plan later this year."

The Disclosure Statement for the Prepackaged Plan provides: "The  Debtors (together with their non-debtor subsidiaries, 'CWT” or the 'Company”) commence these Chapter 11 Cases with the support of holders of 100 percent of Revolving Credit Facility Claims, holders of approximately 95 percent of New Money Notes Claims, holders of approximately 90 percent of New Senior Secured Notes Claims, holders of approximately 86 percent of Third Lien Notes Claims, and certain affiliates of CWT, and their equity owners, and commitments for a $350 million in equity capital (including through a fully backstopped equity rights offering) and $775 million of exit facilities. The equity infusion and exit facilities, combined with the repayment or equitization of substantially all outstanding debt obligations pursuant to the Restructuring Support Agreement executed by the Debtors and the Consenting Stakeholders, a copy of which is attached hereto as Exhibit B, will eliminate approximately half of CWT’s existing $1.5 billion in debt. This remarkable level of support and investment, achieved in the midst of a sustained global downturn in the travel industry caused by the COVID-19 pandemic, will position the Debtors for long-term success."

Restructuring Support Agreement (attached at Exhibit B of Disclosure Statement)

A September 22, 2021 restructuring term sheet is filed at Exhibit C to RSA which is itself attached to the Disclosure Statement at Exhibit B.

The following is summary of classes, claims, voting rights and expected recoveries (defined terms are as defined in the Plan and/or Disclosure Statement; see also the Liquidation Analysis below):

The Disclosure Statement provides: "In 2019, CWT recorded its highest traffic, transactions, revenue, and EBITDA in the history of its business. CWT’s upward growth trajectory was dramatically altered, however, by the onset of the COVID-19 pandemic. The impact of the COVID-19 pandemic on the travel industry cannot be overstated. As countries across the world enacted lockdowns and stay-at-home orders in early 2020, global travel plummeted—business travel spending in North America alone dropped nearly 80 percent from 2019 to 2020. Additionally, the speed of the near-global halt in travel due to the COVID-19 pandemic was unprecedented, even for companies (like CWT) that had planned for the possibility of reduced demand for travel services as the pandemic spread. CWT experienced a dramatic drop in business nearly overnight; CWT’s revenue dropped 57 percent between February 2020 and March 2020, and 66 percent year over year. Though CWT’s diversified business segments ensured that CWT generated cash flow despite the downturn, it became clear that CWT would need to take operational steps to preserve cash and explore potential sources of new liquidity to weather a sustained downturn."

The 2020 RSA and Exchange Offer

The 2020 RSA contemplated a $250 million capital infusion into CWT’s business through a $125 million equity commitment from Carlson, Inc., CWT’s indirect parent company, and the issuance of $125 million of new senior secured notes and equity shares equal to 10 percent of the common stock of a newly formed indirect parent
company of Carlson Travel, Inc., called CTII Holdings, Inc. The 2020 RSA also contemplated an out-of-court exchange offer and consent solicitation for CWT’s secured and unsecured notes to extend all maturities by two years. The 2020 transactions are summarized below: 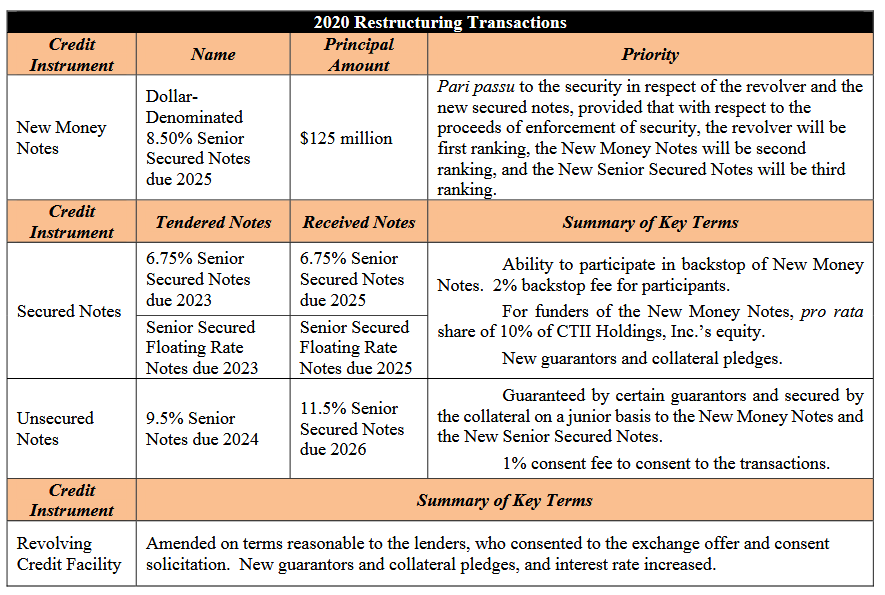 Ultimately, the exchange offer was successful: approximately 99 percent of CWT’s secured noteholders and 100 percent of CWT’s unsecured noteholders opted to tender their notes in the exchange offer. The $125 million of new senior secured notes was later supplemented by a $135 million add-on offering. The liquidity infusion and near-term maturity extension resulting from the 2020 transactions was instrumental in preserving the value of CWT’s business and providing CWT with additional time to develop a long-term business strategy to address the effects of the COVID-19 pandemic on its operations.

As of the Petition date, CWT has approximately $1.592bn in total funded debt obligations (assume 1euro = $1.1669). The relative amounts and priorities of each debt obligation set forth herein are as follows:

FN13 Amount does not include $21.3mn in letters of credit issued under the Revolving Credit Facility, or $2.1mn in credit
support for the JPM Credit Card Program.

The Disclosure Statement attached the following: 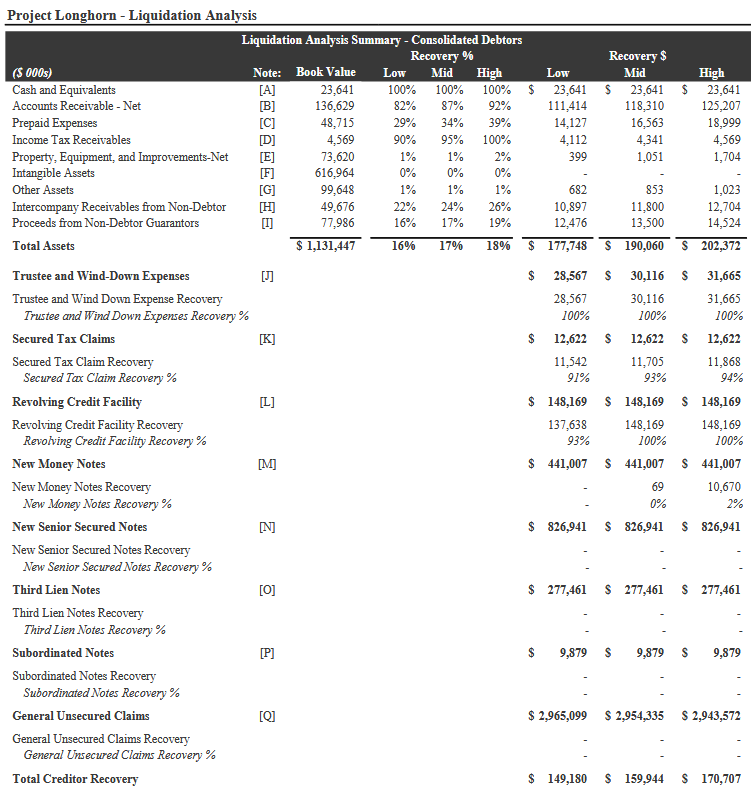 According to the Debtors: “CWT is a worldwide leader in business travel management, providing large global corporations, small and medium-sized businesses, military and government institutions and agencies, and nongovernmental organizations with a comprehensive suite of travel booking services for flights, hotels, rental cars, and more. CWT’s fully integrated travel management platform simplifies corporate travel for clients and personalizes booking suggestions to the preferences of the client and their travelers. CWT also provides clients with robust travel management tools that monitor traveler safety, identify sources of potential savings, and help ensure compliance with the client’s travel policies. CWT also provides services to its clients focused on organizing and managing business meetings and events. With over 12,000 employees and operations in around 140 countries and territories around the world, CWT has the resources to handle client’s travel needs regardless of their size or location." 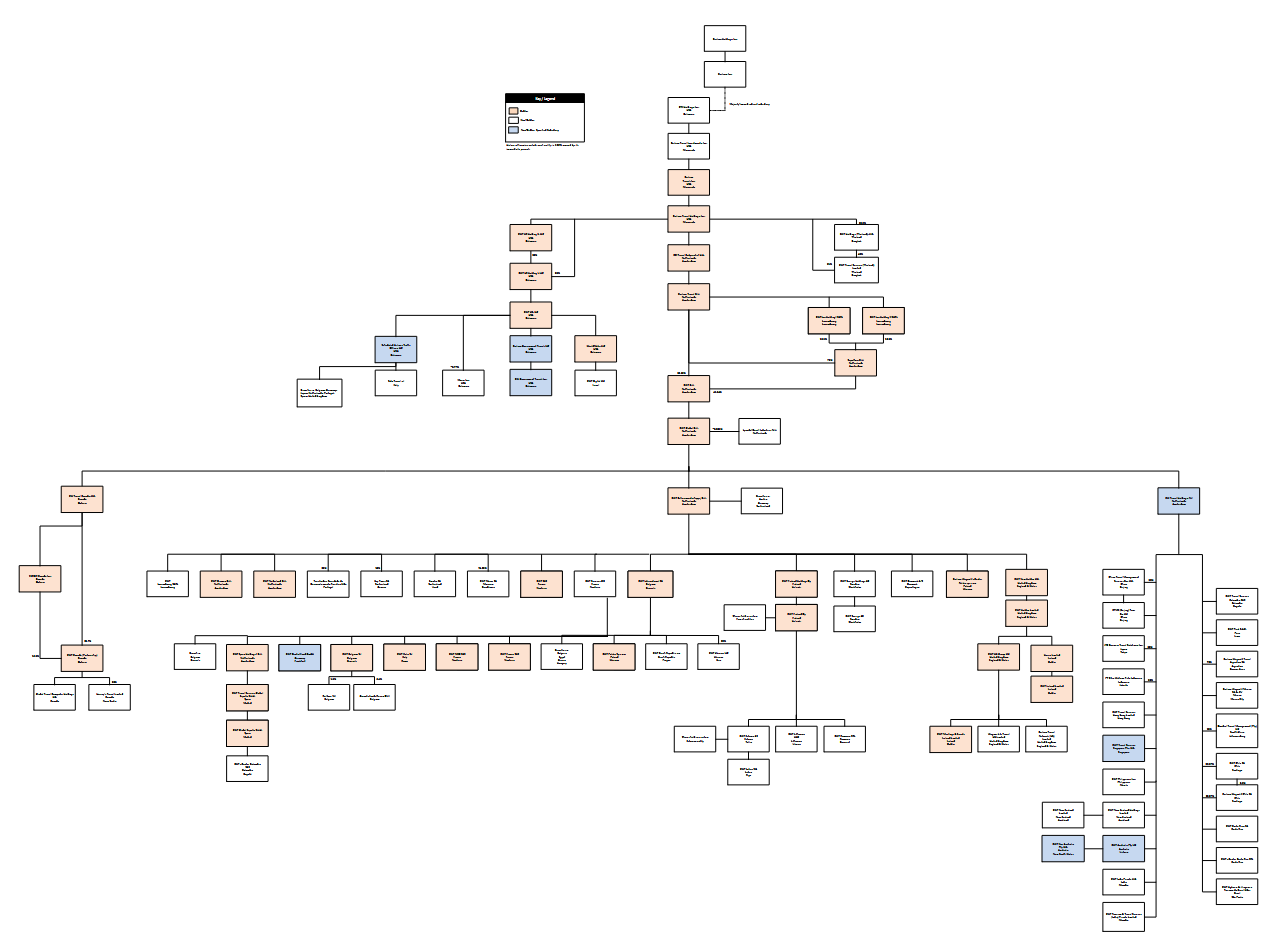