January 4, 2023 – At a January 4th status hearing, Debtors' counsel Joshua Sussberg of Kirkland & Ellis took Judge Marvin Isgur (and Isgur's courtroom) through an update (presentation here) which focused on the Debtors' recent operational performance and the knock-on impact of that performance on the trajectory of the Debtors' cases.

Judge Isgur ultimately praised Sussberg's "extraordinarily informative session" before noting that he was "shocked…that the Debtors were able to maintain or increase market share during the period of the bankruptcy…a remarkable achievement."

Judge Isgur was not, however, the presentation's primary audience; with Sussberg openly using the presentation to pump a going concern marketing process in respect of the Debtors' assets. As noted in the timeline below, January 5th marks the "Commencement of Phase 1 of Marketing Process," which represents a major strategy shift for the Debtors who have for three months pushed back on suggestions that they should be pursuing a holistic, going concern asset sale.

Sussberg: "The most important takeaway here and the reason why we thought a status conference was so important today is that the Debtors are starting a marketing process to ensure a swift exit from Chapter 11…. at first to be candid this is something the company resisted but at this point it has become critical and vital to these cases…this process of marketing is going to provide the company with [plans for other options?] or sale options to a third party…we no longer intend to wait on anybody and diligence and everything else will need to move forward." NB: Sussberg used two pages of his 14-page deck to emphasize that extensive diligence by DIP lenders leaves the Debtors well positioned to move forward as to further sales-related diligence efforts.

In what presented like a sales pitch, Sussberg rarely touched on bankruptcy-related developments except where, as with landlord negotiations and portfolio rationalization efforts which benefit from the Debtors' being in Chapter 11, they might impact the Debtors' saleability. The focus of the presentation was squarely on framing the Debtors' results as a testimony to the ability of the Debtors' management to confront, and almost thrive in, adverse market conditions.

On multiple occassions, Sussberg used his slides as a pretext to praise the Debtors' management team, whose extraordinary efforts, he insisted, were unfairly blemished by events outside of management's control, notably "box office receipts that have significantly and consistently underperformed expectations during these cases…Notwithstanding a 25% box office uderperformance, everything that the management team can control has in fact been controlled…results here are true testament to strength of core business…and the management team."

In addition to the drop in box office receipts ($250.0mn below management's initial DIP forecast after a 35% drop in ticket sales in the September-December 2022 period [that forecast delivered to DIP lenders by management in September]), management was also not in control of (a) $41.0mn in "unexpected" fees/expenses in respect of the Debtors' DIP (resulting from the Debtors' now resolved fight with its creditors' committee and an agreed extension of the DIP facility's challenge period) or (b) a general lack of blockbusters, with the exception to that collective artistic shortcoming being "Avatar: The Way of Water" which merited its own slide and "has generated significant momentum" after it opened mid-December "at the low range of expectations."

Sussberg opined as to the importance of blockbusters "The performance of Avatar demonstrates one of the key hypothesis of this Debtors' management…that blockbusters like Avatar, Top Gun, and Spiderman will continue to generate revenue ….we just need more of these."

Also making it into Sussberg's presentation was a significant positive offset to the drop in movie-goers, namely the willingness of those who actually do show up…to spend more, with "Total Spend per Person (Ticket and Concessions)" up by 15% from $17.09 to $19.71. Sussberg argues that this is down to a now proven movie-goer preference for "higher premium formats" [no comment as to whether it could similarly reflect different spending habits amongst a considerably altered/reduced/more committed body of movie-goers]. It is also, Sussberg notes, proof that industry analysts have "been consistently wrong" on this issue and "that management…knows this business better than anybody…with support of formats like like like 4DX and ScreenX "a testament to the fortitude of our management team."

Returning to more bankruptcy-specific developments, and their impact on the Debtors' operation..and saleability…going forward, Sussberg notes as to negotiations with landlords that agreements as to 103 sites have been reached and that the Debtors are in negotiations in respect of 478 more. In the related workstream of "rationalizing" its real estate portfolio, Sussberg notes that the Debtors have shuttered 81 sites with "further rationalization and optimization to follow." 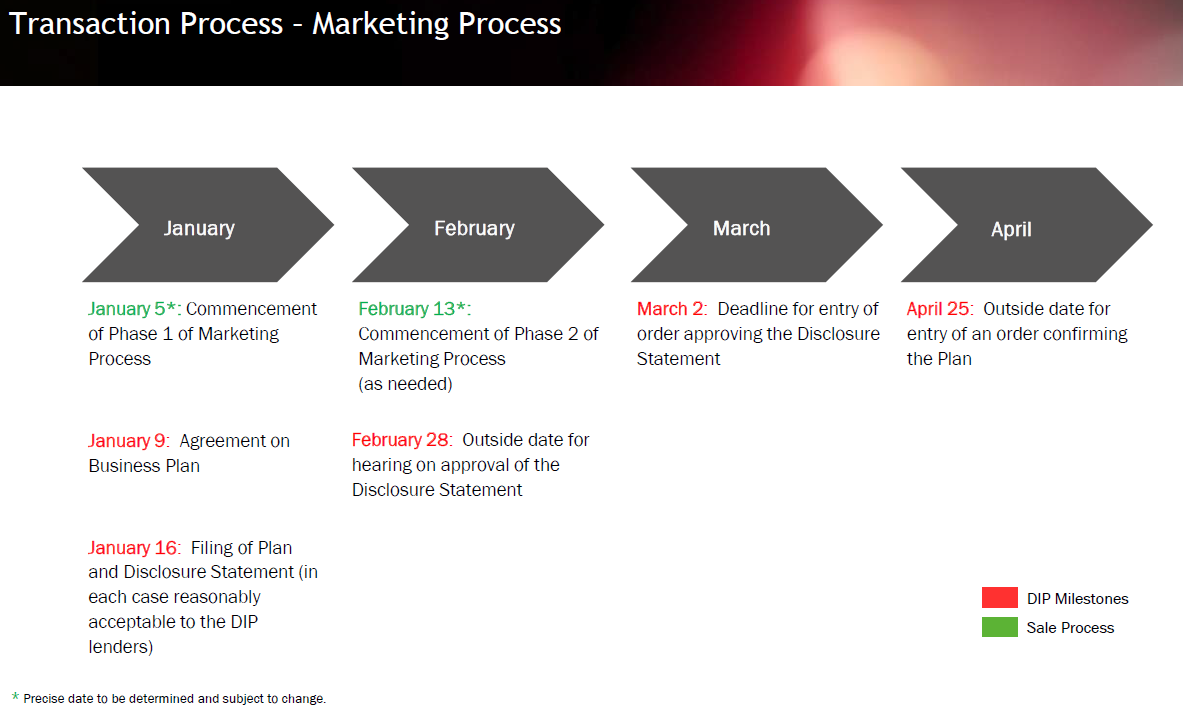 On September 7, 2022, Cineworld Group plc and 104 affiliated Debtors (“Cineworld” or the “Debtors”) filed for Chapter 11 protection noting estimated assets between $1.0bn and $10.0bn; and estimated liabilities between $10.0bn and $50.0bn. At filing, the Debtors, cinema operators, noted as to their need to seek bankruptcy shelter: “The COVID-19 pandemic changed everything… As government-mandated shutdowns led to mass theater closures in early 2020, the industry’s revenue source was abruptly cut off… Though 2021 brought a rebound to $21.3 billion, box office sales remained 50% below their pre-pandemic highs, which is insufficient to earn a profit in light of the high fixed costs associated with theater operations.”

On October 31st, the Court hearing the Cineworld Group issued a final order authorizing the Debtors to: (i) access the $150.0mn balance of what are in total $664.0mn of new money, debtor-in-possession (“DIP”) working capital term loans (the “Working Capital DIP Commitments”) and (ii) access $1.0bn placed in escrow by the Court's September 8th interim DIP order and allow the Debtors to use those funds to repay "in full the outstanding principal amount of the Prepetition Priming Loans." The September 8th interim order had allowed the Debtors to access $514.0mn of the new money Working Capital DIP Commitments and (ii) access $271.0mn to be used to repay the entirety of the Debtors’ foreign, non-Debtor borrowings (the “RoW Loan Transaction”).