In a press release announcing the filing, the Debtors stated that they "will seek to sell their assets through a court supervised sales process. Prior to the Chapter 11 filing, and subject to Bankruptcy Court approval, the Company entered into a 'stalking horse' purchase and assignment agreement with Novartis Innovative Therapies AG (“Novartis”) to acquire substantially all of the rights of the Company to its pipeline clinical candidate, FAP-2286, as a therapeutic agent for an upfront payment of $50 million and up to an additional $333.75 million upon the successful achievement of specified development and regulatory milestones and $297 million in later sales milestones….Clovis is also actively engaged in discussions with a number of interested parties with respect to a potential sale of one or more of its other assets."

In their November 9th 10-Q, the Debtors reported that they had declined to "make the interest payment in the amount of $1.9 million in respect of our 1.25% Convertible Senior Notes due 2025 that was due on November 1, 2022. Under the indenture governing these notes, we have a 30-day grace period from the due date to make this interest payment before such nonpayment constitutes an 'event of default' under the indenture with respect to such notes." A December 2nd 8-K, noted the expiration of the grace period; the resulting defaults in respect of essentially their entire capital structure; and the likelihood of a bankruptcy filing "in the very near term."

In a declaration in support of the Chapter 11 filing (the “Gross Declaration”), Paul E. Gross, the Debtors’ executive vice president and general counsel, detailed the events leading to Clovis’s Chapter 11 filing. The Gross Declaration provides: “The Debtors enter bankruptcy with two primary goals: preserving their portfolio of life saving cancer treatments and maximizing the value of their assets. Achieving these goals out-of-court was not feasible.

Among other things, a new regulatory framework has created an uncertain commercial landscape for Rubraca, the Debtors’ only marketed product and constrained the Debtors’ ability to raise capital to fund their operations and to invest in their pipeline product and bring it to market. The new regulatory framework has had an impact on the entire class of drugs of which Rubraca is a part, but for a small biopharma company like Clovis, it has had a devastating impact. Regulators in both the United States and Europe have limited the use of PARP inhibitors and have withdrawn prior approvals. The impact on perceived market opportunity of Rubraca and expected revenues have made raising capital, selling assets and negotiating strategic partnerships more difficult. For example, in recent weeks, negotiations with a potential buyer of the Debtors’ European assets stalled in light of regulatory uncertainty.

The Debtors have been forced to restructure their organization and cut costs, but ultimately the Debtors were unable to overcome these challenges out-of-court. As a result, Clovis had no choice but to file for bankruptcy. The Debtors have commenced the Chapter 11 Cases to implement a sale of their assets pursuant to section 363 of the Bankruptcy Code. These sales are the foundation of these proceedings and critical to maximizing value and potentially preserving jobs for employees."

The Debtors' November 9, 2022 10-Q provides: "We have incurred significant net losses since inception and have relied, almost entirely, on debt and equity financings to fund our operations. We expect operating losses and negative cash flows to continue for the foreseeable future even with Rubraca generating revenues. Rubraca revenues have not been consistent in prior quarters and have been trending downward during the past two years, initially as a result of the impact of COVID-19 pandemic on patient visits and diagnoses, but more recently primarily as a result of competition from other products on the market, including the impact on second-line maintenance that may result from an increase in first-line maintenance treatment of ovarian cancer (indications for which competing products are approved).

Moreover, over the past few months, a new focus by the FDA and the EMA on mature OS data for drugs previously approved based on achieving PFS as a primary endpoint has led to withdrawals of certain later line indications in ovarian cancer for Rubraca and each of the other PARP inhibitors on the market with a later line treatment indication in ovarian cancer. In addition, FDA had scheduled an ODAC meeting in November 2022 to review another PARP-inhibitor, Zejula (niraparib) (GlaxoSmithKline ('GSK')), to seek advice on whether its second-line maintenance indication in ovarian cancer should be withdrawn from the labeling on the basis of the final OS data from the trial that supported approval for Zejula in that indication. In late October 2022, the FDA cancelled that ODAC meeting, indicating that it was no longer necessary. While neither the FDA nor GSK have publicly stated the reason for cancelation of the meeting, if the outcome of discussions between the FDA and GSK is a withdrawal or narrowing of that indication, we cannot assure you that the FDA would not seek to similarly limit our second line maintenance indication in ovarian cancer. As a substantial portion of our Rubraca revenue is attributable to that indication, we would expect that a limiting of our second line maintenance indication could result in a significant impact on our revenue, although the timing and magnitude of such impact is not currently ascertainable. This focus by the FDA on OS data has created uncertainty with respect to the timing, likelihood and scope of an approval for the sNDA we filed with the FDA, and may result in uncertainty with respect to the Type II variation we filed with the EMA, for first-line maintenance treatment indication in ovarian cancer, which we had been planning on to finally level the competitive landscape with our two competitors that have existing and established labels in the first-line maintenance treatment indication setting.

See above as to Novartis stalking horse arrangements; with Debtors adding in press release: "Clovis is also actively engaged in discussions with a number of interested parties with respect to a potential sale of one or more of its other assets."

The Gross Declaration further explains, "Faced with significant liquidity pressures, the Debtors retained advisors in the months leading up to the filing to explore a wide range of strategic options. During this time, the Debtors explored various capital raising opportunities (including sales and/or licensing of certain assets). The results of these efforts have been fruitful. On the eve of filing, Clovis entered into a stalking horse purchase agreement, subject to Court approval, with Novartis Innovative Therapies AG for the sale of the Debtors’ rights to their pipeline clinical candidate (FAP-2286).

The Debtors have received a commitment of up to $75.0mn in a multi-draw, debtor-in-possession ("DIP") financing which they believe will "provide Clovis with the necessary liquidity to operate in the normal course…throughout the Chapter 11 proceeding while executing on the sales process." Terms and parties to come.

Also from the Gross Declaration, "In addition to the prepetition marketing process, prior to the bankruptcy filing, the Debtors also worked closely with their senior secured lenders, an ad hoc committee of holders of the Debtors’ prepetition unsecured convertible notes (the 'Ad Hoc Committee') and other potential third-party sources regarding terms of a potential debtor-in-possession financing. Following an extensive, weeks-long, multi-track negotiation process, the Ad Hoc Committee submitted the most viable proposal and committed to fund a $75 million debtor-in-possession new money credit facility to support the Debtors’ liquidity needs during the Chapter 11 Cases.

As discussed herein, the inability to use cash which may be Sixth Street’s collateral will preclude the Debtors from preserving and increasing the value of Rubraca by completing a value maximizing process. This will not only cause immediate and irreparable harm to the Debtors, the cancer patients who rely on Rubraca, suppliers and other parties in interest, but also Sixth Street itself, as the Debtors will be required to begin to winddown their Rubraca operations immediately without access to capital to support certain postpetition Rubraca obligations….

But unfortunately, unless Sixth Street consents or the Debtors otherwise obtain authorization for the use of cash collateral in this limited way, the Debtors will not be able to further market Rubraca on a going-concern basis to potential bidders for an extended period of time, which ultimately may yield suboptimal results.”

For an idea as to the nature and pace of shareholder disengagement, the below is extracted from the 2022 and 2021 definitive proxy statements (2021 first)

According to the Debtors: “Clovis Oncology, Inc….is a biopharmaceutical company focused on acquiring, developing and commercializing innovative anti-cancer agents in the United States, Europe and additional international markets. We target our development programs for the treatment of specific subsets of cancer populations, and simultaneously develop, with partners, for those indications that require them, diagnostic tools intended to direct a compound in development to the population that is most likely to benefit from its use. We have in-licensed or acquired rights to oncology compounds in all stages of development. In exchange for the right to develop and commercialize these compounds, we have provided the licensor with a combination of upfront payments, milestone payments and royalties on future sales. In addition, we have assumed the responsibility for future drug development and commercialization costs. We currently operate in two segments. Since inception, our operations have consisted primarily of developing in-licensed compounds, evaluating new product acquisition candidates and general corporate activities and since 2016 we have also marketed and sold products.“ 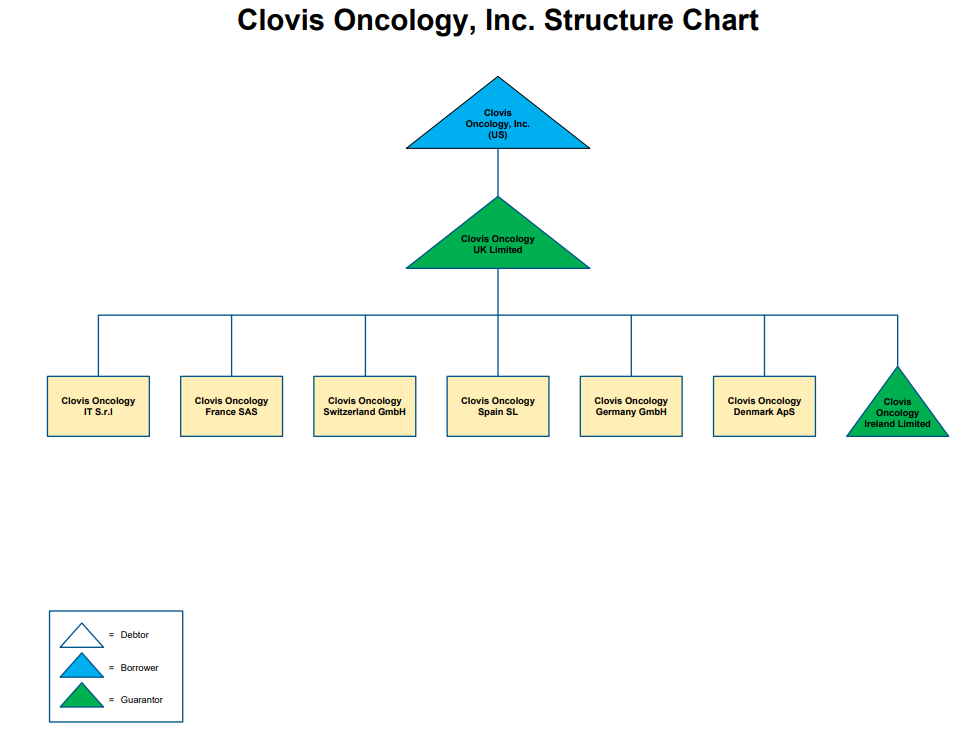