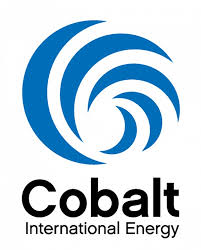 The official committee of unsecured creditors asserts, “The Committee hereby objects to confirmation of the Plan on multiple grounds, including that the Plan (i) contains improper, gratuitous direct and third party releases to, among others, the past and present officers and directors of the Debtors for no consideration in the face of meritorious claims against them asserted in pending litigation, (ii) releases colorable and meritorious claims against the First and Second Lien Lenders for no consideration, including the claims to avoid fraudulent transfers and to materially reduce the claims of the First and Second Lien Lenders based on the improper inclusion of original issue discount and make whole premiums that are subject to disallowance, (iii) fails the best interests test, and (iv) depending upon the outcome of the plan voting, may not be confirmed under the cramdown provisions. Moreover, there is a continuing inquiry by the Ad Hoc Committee of Unsecured Noteholders into potential collusion by the joint bidders who submitted the winning bid at the auction for the Debtors’ most valuable asset which, if proven to have resulted in the very disappointing outcome of the auction, constitutes an additional basis for denial of confirmation of the Plan.”

In addition, “The evidence will show that, contrary to the Debtors’ conclusory statements in the Plan and Disclosure Statement, the Debtor Release is not fair, equitable or in the best interests of the estates to the extent it releases estate claims against non-debtor parties because (i) the Debtors’ investigation regarding such claims was flawed and woefully inadequate; (ii) it is not integral to the Plan, (iii) it was not vigorously negotiated and is not the result of a compromise that reflects the give and take of a true arms-length negotiation process; and (iv) many of the Released Parties have provided no consideration.”