October 23, 2018 – Non-Party Mihir Bhansali, a former CEO of Firestar International and described as Nirav Modi’s “right hand man,” filed a memorandum of law [Docket No. 544] in opposition to Punjab National Bank’s motion to compel to produce documents in response to a July 26, 2018 Rule 2004 Subpoena Duces Tecum, which contains 60 broad document requests related to an alleged global fraudulent scheme that is the subject of pending criminal proceedings, as to which Mr. Bhansali has asserted his Fifth Amendment right [Docket No. 533].

The memorandum states, “The Fifth Amendment act of production privilege is precisely tailored to the circumstances present here. PNB’s effort to circumvent Mr. Bhansali’s valid assertion of his constitutional right, premised on burden-shifting tactics that flout the relevant case law, should be denied.  The only prerequisites to proper application of the Fifth Amendment privilege here are that the act of producing documents in response to PNB’s subpoena, wholly independent of the contents of any responsive documents, would inherently involve the communication of information that is (i) compelled, (ii) testimonial and (iii) incriminating.  Each of those prerequisites is easily satisfied. It is indisputable that PNB is seeking to compel Mr. Bhansali’s document production pursuant to court order. In addition, by requesting documents responsive to a subpoena that substantively tracks the allegations in the Examiner’s Report, PNB is effectively asking Mr. Bhansali to provide confirmatory testimony that certain responsive documents exist, are authentic, and are in his possession. The Fifth Amendment prevents PNB from compelling Mr. Bhansali to produce documents under those circumstances. That third prong is similarly free from doubt. Not only did the Examiner’s Report allege that Mr. Bhansali was involved in criminal misconduct, but it also stated that Mr. Bhansali has already been criminally charged in India with money laundering offenses arising out of the alleged Modi fraudulent scheme. Thus, Mr. Bhansali is currently the subject of pending criminal charges, and therefore the potentially ‘incriminating’ nature of his act of production is not at all speculative or hypothetical. Further, no exceptions to his Fifth Amendment right apply.  PNB’s subpoena was directed to Mr. Bhansali in his personal capacity (and not as the custodian of records for any entity), and served on him after he had already resigned from all positions at the Debtor entities; therefore, he is not a mere custodian of any responsive corporate records.  PNB’s effort to shift the burden of proof to Mr. Bhansali by arguing that various other undefined corporate entities around the world are somehow relevant to the assessment of his custodial status is meritless and should be rejected.” 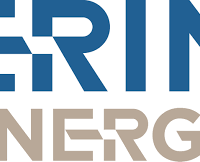