In a declaration in support of the Chapter 11 filing (the “Declaration”), the Debtors detailed the events leading to FM Coal's need for bankruptcy protection. For these Debtors, the slide into bankruptcy began shortly after their formation in July 2017, when they funded acquisitions with a new $70.0mn credit facility that they have from the outset struggled to service. Their precarious liquidity position has since worsened as their equipment fleet aged, requiring higher maintenance and negatively impacting operational efficiency to the point where this equipment crisis "threatens basic operations."

The Declaration provides: “The single greatest challenge faced by the Debtors is the state of their equipment fleet. Since the Acquisition [see "About the Debtors," below], the amount of investment in the Debtors’ equipment has lagged behind the needed capital expenditures in light of the Debtors’ continued operations. The current average age of the thirty-five highest value items of equipment is 10 years, and FM Coal has been unable to acquire the needed amount of new equipment since the Acquisition. Further, with FM Coal’s limited liquidity (as discussed below), FM Coal has been limited in its ability to finance critical capitalized repairs such as engine and undercarriage replacements. FM Coal’s current estimate of deferred capital expenditures exceeds $12 million and has reached a state where it threatens basic operations, including meeting the allocations of Alabama Coal Cooperative…the deferred capital  equipment purchases and repairs has caused less efficient operations and lost sales.

Since the Acquisition, the Debtors’ liquidity and working capital have decreased significantly. From the closing of the Acquisition on September 1, 2017 through December 31, 2019, the Debtors made debt service payments on the Credit Facility totaling approximately $26.7 million, which were partially funded by $6 million of new borrowing on the Revolver. From September 1, 2017 to April 30, 2020, accounts receivable decreased by $7.8 million and accounts payable increased by $6.3 million. As of April 30, 2020, accounts payable was $15.1 million, with $7 million (or 46.4%) aged over 90 days. Most critical vendors currently require cash on delivery or cash in advance. On September 1, 2017, FM Coal had a net working capital of $3 million. As of July 31, 2020, however, FM Coal’s net working capital was at an $11.7 million deficit….In light of the above-described challenges, a reorganization through these chapter 11 cases is necessary for the Debtors to have the ability to service the Credit Facility."

As of the Petition date, FM Coal has approximately $56.0mn in total aggregate principal amount of funded debt obligations.

The Debtors are party to a September 2017, credit agreement (the “Credit Agreement”) with Key Bank National Association serving as agent.

FM Coal used the proceeds of the Loans (i) to finance a portion of the consideration paid to the Sellers as part of the Acquisition, (ii) to finance the payment of fees and expenses incurred in connection with the Acquisition, (iii) to refinance and replace certain indebtedness of the Debtors and (iv) with respect to the Revolver, to fund $6.0mn of the $20.0mn of principal payments made on the Term Loan.

The Debtors' Declaration makes no mention of what appears to be in excess of $11.0mn of trade claims [see Docket No. 2 for 40 largest unsecured claims].

According to the Declaration: "The Debtors are engaged in the business of extracting, processing and marketing metallurgical coal and thermal coal from surface mines. The Debtors’ customers include steel and coke producers, industrial customers and electric utilities. The Debtors have four mines that are currently operational, two of which are located in Jefferson County, Alabama (the Flat Top Mine and the Sloan Mountain 3 Mine). The operational mines in Jefferson County account for 71% of the Debtors’ total revenue and 59% of the total tons of coal produced by the Debtors.

In addition to the four operational mines, the Debtors own or lease sixteen mines that are non-operational — twelve mines at which reclamation is in process, and four mines at which the Debtors have never begun mining activities. Those assets are located in Jefferson, Walker, Marion, Winston and Cullman Counties respectively. The Debtors also own or lease two coal washing plants which are currently in use: the North Pratt Washer in Jefferson County; and the Choctaw Washer in Walker County."

As to corporate history and "the Acquisition," the Declaration provides: "FM Coal was formed on July 28, 2017. Shortly thereafter, on September 1, 2017, FM Coal acquired (the 'Acquisition') from Otis R. 'Randy' Robinson and Kendall 'Kenny' Robinson (collectively, the 'Sellers') the shares and/or membership interests in the other Debtors. As part of the Acquisition, the Sellers also transferred certain equipment to FM Coal, and FM Coal assumed certain liabilities. The Acquisition was funded by new senior secured financing totaling $70 million, which also included the refinancing of certain existing debt, transaction related expenses and FM Coal’s acquisition of additional equipment." 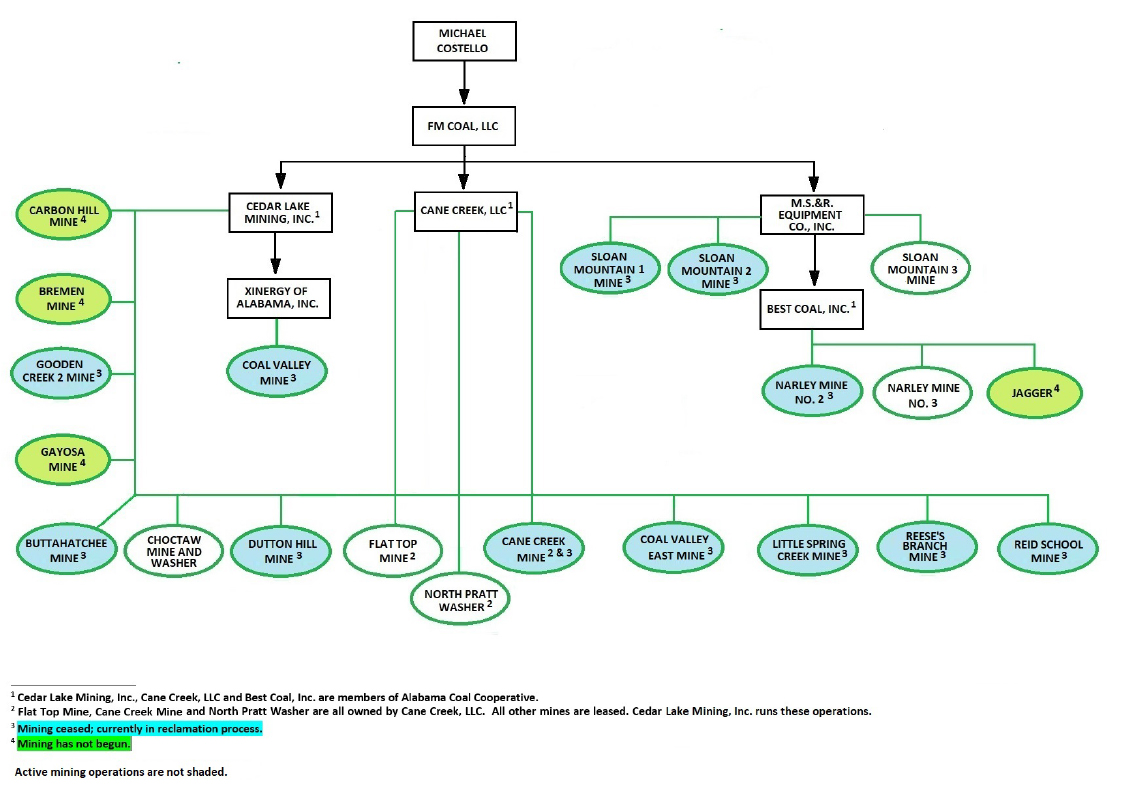 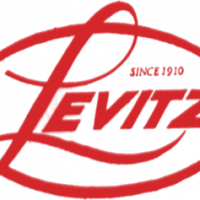