October 6, 2020 – The Court hearing the Garrett Motion cases issued an order authorizing the Debtors to (i) access $100.0mn of a $250.0mn debtor-in-possession (“DIP”) financing facility on an interim basis and (ii) use cash collateral [Docket No. 169]. The $150.0mn balance of the DIP facility, being provided by prepetition lenders, will be made available upon the issuance of a final DIP order.

A hearing to consider that final DIP order is scheduled for October 21st.

This interim DIP financing order has been delayed, as was what the Debtors argued was urgently required cash, by a burgeoning conflict that looks likely to impact the Debtors throughout the pendency of their Chapter 11 cases: a face-off with Honeywell International Inc. (“Honeywell”) from which the Debtors were spun-off in 2018.

In a September 29th objection [Docket No. 103] seeking to delay the interim DIP hearing (it was delayed) and questioning (i) the Debtors' efforts to aggressively pursue an estate maximizing DIP deal and (ii) whether the Debtors' cash position necessitated DIP financing at all; Honeywell argued, that it "has uncovered facts that call into question whether the Debtors have taken sufficient steps to find the best terms reasonably available for DIP financing and whether any such financing is immediately necessary."

In a reply submitted by the Debtors [Docket No. 142] and largely echoed in a joinder filed by the DIP lenders [Docket No. 145], the Debtors cast Honeywell as spoilers with a largely ulterior motive, to "protect the value it has already extracted from the Debtors as part of the Debtors’ 2018 spinoff:" "Over the past 12 days, the Debtors, their customers, suppliers, vendors and approximately 6,750 employees have been awaiting confirmation that the Debtors have access to DIP financing.  During this period when the Debtors should have been exclusively focused on stabilizing global operations and advancing their cases, they have been addressing an onslaught of discovery demands from Honeywell International Inc. ('Honeywell'), a litigation defendant in these proceedings, including significant document discovery and 12 hours of depositions, including a five hour deposition of their global CFO on a critical day.  The result of this discovery campaign has been the delay of the interim financing hearing by two weeks, the wasteful expenditure of hundreds of thousands of dollars and, eventually, Honeywell’s objection [D.I. 103] (the 'Honeywell Objection').  But the Honeywell Objection has no merit.

Honeywell’s campaign to impede and minimize the Debtors’ DIP financing cannot be divorced from its wholly separate agenda to protect the value it has already extracted from the Debtors as part of the Debtors’ 2018 spinoff. As the Debtors expect will be made clear in these proceedings, Honeywell is not 'the single largest unsecured creditor in these chapter 11 cases.' Far from it. Honeywell’s claim is disputed, contingent and unliquidated. In fact, Honeywell owes the Debtors money, including, at a minimum, up to €205.4 million of prepetition payments under the ASASCO indemnity and up to €32.8 million of prepetition payments related to legacy taxes, each with statutory interest.

The Debtors' requesting DIP motion states, “The Debtors’ need to obtain post-petition financing is immediate and critical in order to enable the Debtors to continue operations, to demonstrate liquidity to customers, suppliers and business partners around the world, and to administer and preserve the value of their estates during the pendency of these Chapter 11 Cases. As with many international corporations, the COVID-19 pandemic, its impact on the Debtors’ supply chain and the resulting lower production levels, plant shutdowns and a challenging demand environment have strained the Debtors liquidity position. This strain occurs at a time when many other participants in the automobile supply chain themselves face liquidity constraints and are tightening trade terms or demanding special accommodations. In addition, the Debtors operate in global markets with business partners who may not be as familiar as United States persons with the protections for administrative creditors in chapter 11 or who cannot as a practical matter be expected to comply with the automatic stay, which may create the need for more liquidity than would be required if the Debtors’ operations were entirely within the United States.

The ability of the Debtors to finance their operations, maintain business relationships, pay their employees, protect the value of their assets and pursue a strategy to maximize value for their creditors requires the availability of working capital from the DIP Facility and the ability to use 'cash collateral' within the meaning of section 363(a) of the Bankruptcy Code (“Cash Collateral”). The absence of such would immediately and irreparably harm the Debtors, their estates and their creditors and endanger the possibility of a successful administration of these Chapter 11 Cases.”

On the marketing of DIP financing, the Debtors add: "Since August 2020, the Debtors, with the assistance of PWP, have made inquiries into alternatives for financing and solicited proposals for debtor-in-possession financing from various lending institutions with experience in providing such financingand other potential sources of capital. More specifically, nine prospective third-party lenders were contacted, only one of which had significant enough interest to enter into a non-disclosure agreement with the Debtors in order to evaluate the financing opportunity. The Debtors ultimately received offers from Citibank, N.A. (‘Citibank’) and one other party, both of whom were lenders or affiliates of lenders under the Prepetition Credit Facilities, as well as an indication of interest from at least one other party. As discussed in the Mendelsohn Declaration, the Debtors’ options were limited because of the international nature of the Debtors’ assets that would form the basis of the collateral for the DIP Facility (as defined below) and the relationships that other interested lenders have with Honeywell International Inc.

The loans under the DIP Credit Agreement shall be made after deduction of an original issue discount in the amount of 2.00% of the commitments on the Closing Date.

As of the Petition date, the Debtors have approximately $1.86bn in aggregate outstanding funded indebtedness, comprised of: 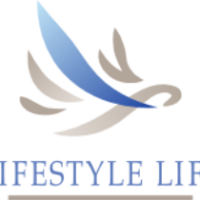