April 30, 2020 – The Court hearing the George Washington Bridge Bus Station Development Venture case has extended (for a second time) the periods during which the Debtor has an exclusive right to file a Chapter 11 Plan, and solicit acceptances thereof, through and including August 4, 2020, and October 3, 2020, respectively [Docket No. 273]. Absent the requested relief, the Plan filing and solicitation periods expire on April 6, 2020, and June 5, 2020, respectively.

In its motion requesting the extensions [Docket No. 255], the Debtor argued that it needs more time to "resolve the Cure and Indemnification Disputes, address the fall-out from COVID-19 and then, complete the sale or plan process"  and adds that "In all likelihood, the Debtor cannot possibly complete a sale process and emergence from chapter 11 at this time."

It would be hard to argue with the Debtor's assessment, given the inter-connected nature of the three strands (disputes, COVID-19 and sale) noted above and the absence of any near-term development that could help the Debtor separate and order the issues that comprise their Gordian knot.

The Cure and Indemnification Disputes, involve a hostile debtor-in-possession ("DIP") lender and an even more hostile former general contractor (Tutor Perini Building Corp., see "Events…" below) and relate to cure and indemnification obligations in connection with the Debtor's proposed asset sale. The asset sale, however does not have a purchaser, a purchase price or an asset purchase agreement to provide context for resolution of the disputes and the apparently stalled sale process is unlikely to gain traction while the coronavirus rages in New York City. Without a sale and without a resolution of the Cure and Indemnification Disputes, the Debtor is left with little hope for filing a consensual Plan.

The extension motion explains, “The COVID-19 epidemic and its impact on the Debtor’s business and industry in general, is unprecedented. Investors and their lenders are taking a pause to determine the extent of closures from COVID-19, primary markets are entirely shut down, and retailers and operators are requesting rent deferrals. In all likelihood, the Debtor cannot possibly complete a sale process and emergence from chapter 11 at this time. The Debtor needs additional time to resolve the Cure and Indemnification Disputes, address the fall-out from COVID-19 and then, complete the sale or plan process. The Debtor had made good faith progress but simply cannot emerge from chapter 11 at this time.

On February 10, 2020, the Debtor, the Port Authority, Tutor Perini Building Corp.('Tutor Perini') and New York City Regional Center, LLC (the 'DIP Lender') filed contemporaneous briefs regarding certain disputes relating to the Debtor’s cure and indemnification obligations in connection with the Sale (the 'Cure and Indemnification Disputes').  As of this time, the Cure and Indemnification Disputes remain unresolved and discovery is ongoing in connection therewith.”

The Debtors have not provided any further guidance on the status of their marketing efforts beyond what is implied by the absence of a named stalking horse bidder and a lengthy timetable.

In its November 5th extension motion [Docket No. 67], the Debtor stated, “The Debtor intends to conduct a marketing process through its experienced investment banker, Houlihan Lokey, Inc. (‘HL’). HL will canvass the market to obtain offers for the Acquired Assets pursuant to an open auction process approved by this Court, which will afford the Debtor the best opportunity to maximize value. Subject to the Bidding Procedures, and in consultation with its prepetition secured lenders, including George Washington Bridge Bus Station and Infrastructure Development Fund LLC (the ‘Senior Secured Lender’), and New York City Regional Center LLC (the ‘DIP Lender,’ and collectively with the Senior Secured Lender, the ‘Senior Lenders’), and the Debtor and its advisors will retain the right to pursue any transaction or restructuring strategy that, in the Debtor’s business judgment, will maximize the value of its estate. If the Debtor receives multiple offers based on the proposed qualification criteria set forth in the Bidding Procedures, the Debtor intends to conduct the Auction to determine the highest or best offer for the Debtor’s business.

Consequently, the Debtor believes that the Bidding Procedures will maximize the value of the Debtor’s estate for the benefit of all its creditors, stakeholders, and other parties-in interest.”

In 2013, the Debtor engaged Tutor Perini as a general contractor for the George Washington Bridge Bus Station project (the "Project"). The Debtor accuses Tutor Perini of delaying the project by 30 months and being responsible for significant cost overruns, additional interest expense, lost revenues, delay charges imposed by New York's Port Authority and $millions in expenses incurred in an arbitration proceeding that began in February 2015. Notwithstanding its protestations of Tutor Perini's responsibility for the whole mess, in June of 2019 an arbitration panel ruled against the Debtor and awarded Tutor Perini an order of attachment of $23.0mn, an order which was upheld by a federal court in July of 2019. In September 2019, the arbitration panel further ruled that certain funds improperly transferred by the Debtor to third parties had to be returned to the Debtor's operating account by November 1, 2019. One of those third parties to whom funds had been incorrectly transferred was the Debtor's senior secured lender (this lender not pleased to be asked to return them) which has now initiated a foreclosure action and required the Debtor's tenants to pay their rent into a lock box that it controls.

The Katz Declaration states: “At its inception, the Debtor anticipated the Project would cost $183 million and take one year to complete. The Debtor budgeted its costs and obtained financing for the Project with the expectation that Tutor Perini would meet the substantial completion dates set forth in the Construction Contract. As set forth herein, Tutor Perini caused the Project to be delayed years beyond the original anticipated dates of substantial completion. As a result of thirty (30) months of delays by Tutor Perini, significant cost overruns existed on the Project. The Debtor incurred millions of dollars of unanticipated costs for interest on loans and additional project carrying costs, including approximately $1.7 million in delay charges that the Debtor was forced to pay the Port Authority for the failure to deliver the Project on time. Additionally, the Debtor paid over $11 million of interest during the delay period and millions of dollars of rent receipts were lost due to the delays. The Debtor also incurred more than $14 million of expenses while arbitrating its disputes with Tutor Perini…and the Debtor’s principals were forced to infuse an additional $5.5 million of new capital to Tutor Perini disputed the Debtor’s entitlement to withhold funds from the progress payments. In response to that dispute, on February 26, 2015, the Debtor commenced an arbitration by way of Arbitration Demand submitted to the American Arbitration Association (‘AAA’). The Arbitration Demand sought a declaration that (i) all claims for payment submitted by Tutor Perini were waived because they were not timely submitted or, alternatively, (ii) Tutor Perini’s claims for payment were not valid. On or about January 24, 2017, Tutor Perini filed an Answering Statement and Counterclaim against the Debtor asserting $130 million of damages.

Following a lengthy arbitrator-selection period, the Debtor and Tutor Perini selected an arbitration panel and commenced the arbitration process on August 22, 2018. As of the Petition Date, 67 days of evidentiary hearings had been conducted during which Tutor Perini put on its entire case-in-chief. The Debtor, however, has not yet presented its case. After Tutor Perini’s case-in-chief was complete, the Debtor’s construction counsel withdrew from representing the Debtor in the arbitration. Tutor Perini took advantage of the Debtor’s vulnerability and filed an application for a preliminary injunction and order of attachment. Despite repeated requests for an adjournment or stay to allow the Debtor time to secure replacement counsel, the arbitration panel held a hearing on Tutor Perini’s application. Ultimately, on June 4, 2019, the panel issued an Interim Order granting Tutor Perini’s request for an order of attachment in the amount of $23 million (the ‘Interim Attachment Order’) against any ‘EB5 funds, funds paid by the Port Authority and/or net lease payments in the possession of the [Debtor].’

On July 22, 2019, the District Court entered a judgment to that effect in favor of Tutor Perini. Since then, Tutor Perini has (i) served the Debtor with a Subpoena Duces Tecum Ad Testificandum requiring the production of documents and an examination of the Debtor’s representative relating to its satisfaction of the Interim Attachment Order, (ii) filed a letter motion in the arbitration seeking a remedy for the Debtor’s failure to comply with the Interim Attachment Order, (iii) tried to intervene in the pending foreclosure action (described below) and (iv) sought to amend its interim award to obtain an attachment on the Debtor’s leasehold interest with the Port Authority.

The AAA ordered all of the aforementioned transfers, among others, be returned to the Debtor’s operating account by November 1, 2019. The Debtor vehemently disagrees with the AAA’s ruling.

Due to Tutor Perini’s efforts to deprive the Debtor of its cash, the Debtor faces the possibility that it will be unable to pay critical Contractors (defined below) and trade vendors who ensure that the Retail Space is maintained in safe working condition. For example, if the Debtor is not able to pay its contract counterparties, those parties may cease providing fire prevention and protection services and elevator and escalator maintenance services. The cessation of such services could have a devastating impact on the Debtor and those individuals who work at, shop at, and/or pass through the Retail Space.

Aside from the Debtor’s inability to satisfy the Interim Attachment Order, the Debtor has also been unable to satisfy its debt service obligations to the Senior Secured Lender and defaulted on such obligations on April 10, 2019. Recognizing the cash shortfall realities of the Project, the Debtor and the Senior Secured Lender entered into negotiations for a consensual restructuring and forbearance. During the course of those negotiations, the Interim Attachment Order was entered.

As of the Petition Date, the Debtor is not in control or possession of any rent payments from its tenants and the Senior Secured Lender is properly in full control of all funds that emanate from the Project.

A public foreclosure sale is currently scheduled for October 17, 2019."

The Debtor is responsible for the construction of both the retail and bus terminal components of a $183.2 million renovation and improvement of the George Washington Bridge Bus Station in New York City.

On June 30, 2011, the Port Authority approved a $183.2mn renovation and improvement plan (the “Project”) for the Bus Station. The Project was structured as a public-private venture between the Port Authority, as owner of the Bus Station, and the Debtor, as developer. The Project included relocating the bus terminals to the third floor of the complex and creating a state-of-the-art ground transportation hub. A new 15,000 square foot bus terminal was built increasing the number of gates from 17 to 22 and 85,000 square feet of the existing bus station was reconfigured and upgraded. By relocating the bus station terminal to the third floor of the complex, a retail center of approximately 129,000 square feet was created. 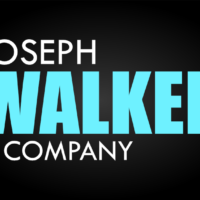 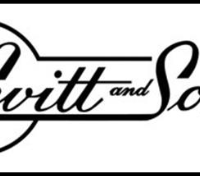