January 20, 2022 – The Court hearing Kumtor Gold Company cases has extended the periods during which the Debtors have an exclusive right to file a plan, and solicit acceptances thereof, through and including May 26, 2022 and July 25, 2022, respectively (ie for another 120 days) [Docket No. 313]. Absent the requested relief, the exclusive Plan filing and solicitation periods are scheduled to expire on January 26, 2022 and March 27, 2022, respectively.

The Debtors did not file a new motion to extend the exclusivity periods, instead filing a proposed order to be considered at their January 20th hearing. A motion to extend exclusivity was filed on September 27, 2021 in respect of their first extension request with an order subsequently granting that request on October 18, 2021.

As reported previously, the Government of the Kyrgyz Republic has asked the Court to dismiss the Debtors’ Chapter 11 cases. A hearing on that dismissal motion is scheduled to begin on February 8th [see Docket No. 219 for amended scheduling order on the dimissal motion].

On January 3rd, Centerra Gold, Inc ("Centerra"), the Debtors' Canadian owner, issued a press release (with further guidance NOT provided in a subsequent January 18th press release, beyond the notation that "While the Company still owns the Kumtor Mine in the Kyrgyz Republic, it is currently no longer under the Company’s control…"] noting that it had commenced negotiations with the Kyrgyz government and advanced a framework for resolving its stand-off in respect of its Kyrgz mining operations.The press release noted that Centerra was: "in negotiations with representatives of the Kyrgyz Republic to resolve their disputes related to Centerra’s Kumtor Mine and the seizure of control of the mine by the Kyrgyz government in May 2021.

Further to statements in the Kyrgyz media regarding the potential negotiated transfer of the Kumtor Mine to the Kyrgyz Republic, Centerra expects that the framework for any resolution would involve the following principal terms:

In their September 27th motion [Docket No. 204], the Debtors argued that their exclusive periods should be extended until after a ruling is entered on the dismissal motion to avoid, if the case is not dismissed, needing to prepare and file a Plan before “the universe of claims” against the Debtors is known, as well as to avoid the distraction associated with the filing of competing plans.

The extension motion notes, “Since the Petition Date, the Debtors have been actively administering these Chapter 11 Cases. The Debtors have, among other things, retained professionals to advise the Debtors on all aspects of their restructuring; prepared and filed their schedules of assets and liabilities and statements of financial affairs; and is seeking approval of DIP financing [NOTE: on September 13, 2021, the Debtors’ DIP hearing was adjourned to October 21, 2021 from September 15th [Docket No. 183]].

The Debtors are requesting a 120-day extension of the Exclusive Periods to ensure that there is sufficient time after the adjudication of the Motion to Dismiss, and if adjudicated in favor of the Debtors, to permit the Debtors to prepare and file a chapter 11 plan.

Without this requested extension of the Exclusive Periods, the Debtors either would have to file a chapter 11 plan immediately or would face the risk of a third-party filing a competing plan, which would result in considerable disruption and uncertainty to the Debtors’ reorganization efforts and, as a result, the possibility of considerable harm to the value of the Debtors’ assets and their assets to the detriment of all stakeholders.

On July 19, 2021, the Government of the Kyrgyz Republic (the “Kyrgyz Republic”) filed a motion seeking dismissal of the Debtors’ Chapter 11 cases [Docket No. 91] arguing, inter alia, that (i) the Debtors’ EGM (at which the bankruptcy filings were approved) failed to comply with corporate bylaws and Kyrgyz law; (ii) the Debtors’ are insolvent by an amount exceeding $1.0bn rendering any purported restructuring efforts as illegitimate; (iii) that the filings are an illegitimate effort to exert influence over already existing litigation in Canada and Sweden and (iv) that the Debtors’ filings run contrary to “codified and legal precepts of international comity.”

On May 31, 2021, Kumtor Gold Company CSJC and one affiliated Debtor (“KGC” or the “Debtors”) filed for Chapter 11 protection with the U.S. Bankruptcy Court in the Southern District of New York, lead case number 21-11051 (Judge Beckerman). At filing, the Debtors’ petition noted estimated assets between $1.0bn and $10.0bn and estimated liabilities between $100.0mn and $500.0mn.

On September 17, 2021, the Court denied the Debtors' August 25th motion for enforcement of the automatic stay against the Kyrgyz Government and the imposition of sanctions in respect of continued stay violations [Docket No. 202]. The stay enforcement motion [Docket No. 163] also asked the Court to stay prosecution of the Case Dismissal motion until all violations of the automatic stay end.

The stay enforcement motion provides, "This is the second time the Kyrgyz Government’s actions have forced the Debtors to seek relief from this Court to enforce the automatic stay. After holding a hearing on July 19, 2021, this Court sanctioned the Kyrgyz Government for trying to undermine these Chapter 11 Cases by seeking and obtaining a preliminary injunction in the Kyrgyz Court to nullify the corporate resolutions authorizing the commencement and prosecution of these Chapter 11 Cases. Notwithstanding the abundantly clear prior order of this Court that its actions were in violation of the automatic stay, the Kyrgyz Government has continued and intensified its efforts to deprive the Debtors of the protections afforded to them under the Bankruptcy Code much in the same way that it has illegally seized control of the Debtors’ primary asset, the Kumtor gold mine.

These self-help remedies — those of which the Debtors are aware — include:

The Kumtor Mine is the largest private sector employer and taxpayer in the Kyrgyz Republic and the largest foreign investment in the country. Mine operations at Kumtor contributed 12.5% of Kyrgyz Gross Domestic Product in 2020, and some 99% of KGC’s 2,750 employees are Kyrgyz citizens. Earlier this year, Centerra announced a new life of mine plan that would extend the life of the Kumtor Mine by five years to 2031 and add more than three million ounces (85 tonnes) of contained gold at an estimated capital investment of US$2.0bn.

The Desjardins Declaration [Docket No. 9] adds: “Each of the Debtors is a Closed Joint Stock Company founded in accordance with the laws of the Republic, with their headquarters located in Bishkek, the Kyrgyz Republic.The principal business of the Debtors is to operate and develop the Kumtor gold mine (the “Kumtor Mine”), a high-altitude open pit mine located almost 4000 meters (or 13,000 feet) above sea level.  Open pit mining has been conducted at the Kumtor Mine since 1996.

Kumtor is one of the largest gold mines operated in Central Asia by a Western-based company, having produced more than 13.2 million ounces of gold between 1997 and the end of 2020.

According to Centerra: “Centerra Gold Inc. is a Canadian-based gold mining company focused on operating, developing, exploring and acquiring gold properties in North America, Asia and other markets worldwide and is one of the largest Western-based gold producers in Central Asia. Centerra owns three mines, the Kumtor Mine in the Kyrgyz Republic, the Mount Milligan Mine in British Columbia, Canada and the Öksüt Mine in Turkey. Centerra’s shares trade on the Toronto Stock Exchange (TSX) under the symbol CG and on the New York Stock Exchange (NYSE) under the symbol CGAU. The Company is based in Toronto, Ontario, Canada.” 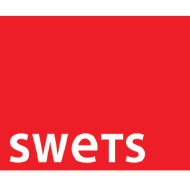