November 13, 2020 – The Court hearing the Lilis Energy cases issued an order approving sale of substantially all of the Debtors' assets to Ameredev Texas, LLC (“Purchaser”) at a $46.6mn purchase price [Docket No. 613]. The Successful Bidder is an affiliate of Ameredev II, LLC, an Austin, Texas-based, independent E&P.

On November 9th, further to the Court's August 21st bidding procedure order [Docket No. 259] and an oft-delayed auction process completed on November 8th, the Debtors selected the Successful Bidder and designated Tap Rock Resources II, LLC ($15.1mn purchase price, with Tap Rock bidding only for the Debtors' New Mexico assets) as the backup bidder [Docket No. 591]. The APAs of each of the successful and back-up bidders are attached to the notice as Exhibits A and B, respectively.

The Debtors' October 13th Disclosure Statement suggests that the winning bid comes in at the low end of the range of projected sale proceeds, with the Debtors anticipating proceeds of $40.0mn to $130.0mn (see the recovery analysis below). The actual proceeds would appear to cover (but only just) DIP financing (including a $15.0mn roll-up) and administrative claims.

In a supplemental brief in support of the sale's confirmation [Docket No. 607], the Debtors describe a long and often delayed sale process that ensued after presumptive Plan sponsor Värde Partners, Inc. ("Värde") withdrew its support (and a $55.0mn equity commitment) for a plan of reorganization (the "Värde Sponsored Plan") leaving the Debtors with Plan B of their dual track process, a sale of substantially all of their assets (the "Sales Process")

The delays, agreed in consultation with the Debtors' official committee of unsecured creditors (the "Committee") which was supportive of the sale, occurred as the Debtors continued to search for further potential interest, most of which ultimately was in respect of only parts of the Debtors' assets. In its own statement in support of what will be disappointing sale results for the creditors it represents, the Committee notes: "The Committee believes that the Auction was fair, and resulted in the highest and best bid for the Debtors’ assets.  The Committee thanks and commends Debtors’ professionals and all the participants in Auction for their professionalism and patience which allowed the Debtors to achieve this successful sale."

The Amended Disclosure Statement provides: "Immediately prior to filing for chapter 11, on June 28, 2020, the Debtors, certain private funds affiliated with Värde Partners, Inc. (together with its affiliates, ‘Värde’), and the Non-Affiliated RBL Lenders entered into the Restructuring Support Agreement, which contemplated a dual-track process whereby the Debtors would either pursue a plan of reorganization funded, in part, by a $55 million new money equity commitment from Värde (the ‘Värde Sponsored Plan’) or the Debtors would pursue a process to sell substantially all of their assets through these chapter 11 cases (the ‘Sales Process’). On August 17, 2020, after Värde declined to go forward with the Värde Sponsored Plan, the Debtors immediately pivoted to the Sales Process.

Under the terms of the Debtors’ debtor-in-possession financing facility (the ‘DIP Facility’), any sale must close no later than November 2, 2020 [this deadline shifted by no fewer than 7 subsequent stipulations]. Assuming the Debtors are able to attract one or more acceptable cash bidders for substantially all of their assets, the Plan sets forth the manner in which the Asset Sale Proceeds will be distributed.

Before any Asset Sale Proceeds are available for distribution to other stakeholders under a chapter 11 plan, the following Claims must be paid in full, in Cash, or appropriate reserves must be set aside for such Claims:

Due to the Global Settlement, Holders of Unsecured Claims will now receive a distribution from the Unsecured Claim Pool even in scenarios where the senior secured claims are not being paid in full. Therefore, the Global Settlement and the Plan provide substantial benefits to the Estates and their creditors by paying administrative and priority creditors, some or all of the Debtors’ secured debt while also providing for a distribution to Holders of Unsecured Claims, and avoiding a value destructive chapter 7 liquidation. 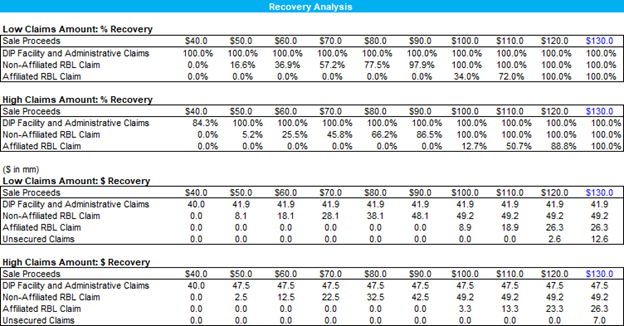 The Debtors are a Fort Worth-based independent oil and gas exploration and production company that operates in the Permian’s Delaware Basin, considered amongst the leading resource plays in North America. Lilis Energy’s primary business objective is to increase its Delaware Basin leasehold position, reserves, production and cash flows at attractive rates of return on invested capital in order to enhance shareholder value. 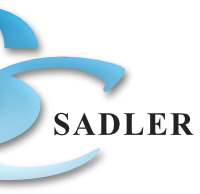