January 18, 2023 – The Court hearing the Madison Square Boys & Girls Club case has extended the periods during which the Debtor has an exclusive right to file a Chapter 11 Plan, and solicit acceptances thereof, through and including March 13, 2023 and May 12, 2023, respectively [Docket No. 356]. Absent the requested relief, the Plan filing and solicitation periods were scheduled to expire on January 10, 2023 and April 25, 2023, respectively.

The order substantially trims the 90-day extensions requested by the Debtors (Plan filing pewriod to 60 days and solicitation period to @17 days) after a January 5th objection was filed by Rockefeller University (the "University") [Docket No. 335]. The University noted in its objection that the Debtor's actions to date leave it "no choice but to vigorously dispute its liability and challenge what it believes will be an unconfirmable plan and a false promise of a significant recovery to the CVA Claimants presumably funded in large part by the University." See further on the objection below.

In requesting the extra exclusive time, the Debtor noted that it had reached a "critical milestone in its restructuring: a successful conclusion to the Court-ordered mediation." That resolution, or more specifically/modestly "an agreement in principle between the Debtor and the Committee," is noted in a final mediator's report filed on December 28th [Docket No. 329, a two-pager providing no specific detail as to agreed terms]. That leaves the Debtor and it creditors' committee (the "Committee") "working to memorialize the terms of the Committee Settlement in a plan of reorganization." Absent at this point, however, is committed support from the Debtors' insurers who were not directly involved in the mediation and, although apparently apprised throught on that mediation, not yet part of a "global consensus regarding the plan of reorganization."

On June 29, 2022, Madison Square Boys & Girls Club, Inc. (“Madison” or the “Debtor”) filed for Chapter 11 protection noting estimated assets between $50.0mn and $100.0mn; and estimated liabilities between $100.0mn and $500.0mn. At filing, the New York City based youth facility noted that it tended to use Chapter 11 “to facilitate the efficient and equitable resolution of legacy claims filed under the New York State Child Victims Act.”

Over 90% of the CVA Claims filed against Madison arose from the conduct of Dr. Reginald Archibald, an endocrinologist specializing in growth issues who was employed by Rockefeller and volunteered as a physician for Madison’s members at Madison’s former clubhouse on East 29th Street (which closed in 1999)….Dr. Reginald died in 2007.

On July 20th, the Court hearing the Madison Square Boys & Girls Club case agreed to grant a temporary stay of some proceedings in the Debtor’s Chapter 11 case while the Debtor pursued mediation (concluded on October 21st) geared toward resolution of sexual-abuse claims.

On November 10th, the Court issued an order authorizing the Debtor to access a $11.0mn in alternative DIP financing being provided by Carver Federal Savings Bank [Docket No. 283].

On December 28th, "the Mediator filed the Mediator’s Report [Docket No. 329], informing the Court that Debtor and the Committee have reached an agreement in principle in the Mediation on a proposed resolution of this Chapter 11 Case.” The "report' is a two-pager which does little more than note the conclusion of mediation without providing any details as the "agreement in principle."

The motion [Docket No. 330] states, “[t]he Debtor reached a critical milestone in its restructuring: a successful conclusion to the Court-ordered mediation that resulted in an agreement in principle (the ‘Committee Settlement’) with the Official Committee of Unsecured Creditors (the ‘Committee’) regarding the treatment of Abuse Claims under a proposed chapter 11 plan—a resolution with the Debtor that will also provide the Debtor with a pathway to emerge from chapter 11 to continue its vital mission to serve New York City’s youth. Judge Shelley Chapman (Ret.), in her capacity as court-appointed mediator, facilitated negotiations between the Debtor and the Committee regarding a variety of complex issues led to this significant achievement less than six months into the Chapter 11 Case.’

The Debtor and the Committee are currently working to memorialize the terms of the Committee Settlement in a plan of reorganization and related documentation. The Debtor also continues to engage with other parties in interest in the hopes of reaching a global consensus regarding the plan of reorganization, including its insurance providers, which the Debtor has kept apprised every step of the way throughout the Mediation process.

Given the significant progress made in this Chapter 11 Case since the First Exclusivity Order, the Debtor believes that pushing forward to implement the Committee Settlement and continuing discussions with other parties in interest will lead to a confirmable plan in the near future. Thus, permitting other parties to file competing plans now would be highly destructive to this progress and could potentially derail the Debtor’s ability to successfully implement the Committee Settlement to the detriment of the Debtor’s estate and its stakeholders.…The Committee is supportive of these extension requests.

The Exclusivity Period extensions requested herein are intended to allow the Debtor sufficient time to work with the Committee to implement the terms of the Committee Settlement in a confirmable plan of reorganization, continue discussions with other key stakeholders, including insurance providers, build additional consensus, and take other necessary steps to achieve a consensual confirmation process.

On December 28, 2022, the Mediator filed the Mediator’s Report [Docket No. 329], informing the Court that Debtor and the Committee have reached an agreement in principle in the Mediation on a proposed resolution of this Chapter 11 Case.”

The University's objection provides: "The Debtor commenced this chapter 11 case with the stated purpose of 'equitably and efficiently address[ing]' CVA Claims filed against the Debtor….the University advised this Court that it disagreed with Madison’s allegations of the University’s liability with respect to the CVA Claims…Unfortunately, despite the University’s expression of its willingness to participate in the Mediation and be part of a solution to this case, neither the Committee nor the Debtor directly engaged in any meaningful settlement conversations with the University or invited any involvement by the University in the settlement process….

More importantly, for the reasons set forth below, only a short extension of the exclusive periods to file and solicit a proposed plan is warranted.

First, the Extension Motion states that the Debtor has already reached a settlement in principle with the Committee. So, while documentation may take some time, it should not take more than 30 days for the Debtor to file a proposed plan, disclosure statement, and any settlement that embodies the Committee Settlement.

Second, as the Debtor has emphasized, resources are scarce, and as evident from case filings, professional fees are running high and the Debtor and the Committee are quickly exhausting limited funds. An additional 90-day extension will unnecessarily prolong this case, and further deplete the estate’s limited resources to the detriment of CVA Claimants and other unsecured creditors such as the University. Therefore, the Debtor should receive no more than a 30-day extension of its exclusive period to file its proposed plan, disclosure statement, and any settlement, so that the confirmability of such a proposed plan and the bona fides of the settlement can be tested promptly.

Third, granting the Debtor a 30-day extension will advance this case while shortening the time when the University and other parties can begin reviewing the proposed plan, the disclosure statement, and any settlement, and commence appropriate discovery with respect thereto. As the University noted early on in this case, such discovery is likely to be extensive and should proceed in the near term to allow the Court to ascertain whether the Debtor has a confirmable plan."

According to the Debtor: “Since 1884, Madison Square Boys & Girls Club has provided a safe, stable, supportive environment for youth in some of New York City’s most under-served neighborhoods." 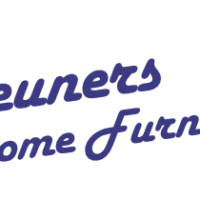