The Doheny Declaration (defined below) provides: "The Debtors have filed the Chapter 11 Cases to prevent these meritless foreign litigations from undermining U.S. law in respect of the Debtors’ U.S. assets, and to effect an orderly, consolidated dissolution and distribution of those U.S. assets to their legitimate stakeholders. Because the Debtors face litigation in multiple fora seeking recourse to the same assets, a centralized forum is necessary to fairly and expeditiously resolve any potential liabilities and to ensure that the Debtors’ assets are liquidated and distributed in an efficient and equitable manner. This Court can manage the litigation in a singular, centralized forum to unshackle the Debtors and their stakeholders from foreign proceedings, the outcomes of which are not enforceable against the Debtors’ U.S. assets as a matter of U.S. law, regardless of what the foreign courts may decide, so that the Debtors can finally wind up and rightfully distribute their U.S. assets to U.S. creditors and investors after so many years of delay."

In a declaration in support of the Chapter 11 filing (the “Doheny Declaration”), Matthew Doheny, the Debtors’ Chief Restructuring Officer, detailed the events leading to MPII’s Chapter 11 filing. The Doheny Declaration provides: “…The Debtors are investment funds and affiliated entities that have been ready to wind up and pay out their remaining assets to their limited partners for many years. The Debtors’efforts have been hamstrung by several litigations filed abroad that seek to recover assets in the United States, held almost exclusively by entities formed in the United States, under legal theories that run counter either to prior res judicata determinations by U.S. courts or settled U.S. law.  The sum total of these speculative claims exceed the Debtors’ assets and have thus far prevented the Debtors from distributing assets to their stakeholders. The Debtors face three primary fronts of litigation, all of which are counter to established U.S. law and cannot result in a judgment enforceable in the United States against the Debtors and their assets.

The following table depicts the Debtors’material assets and the asserted liabilities: 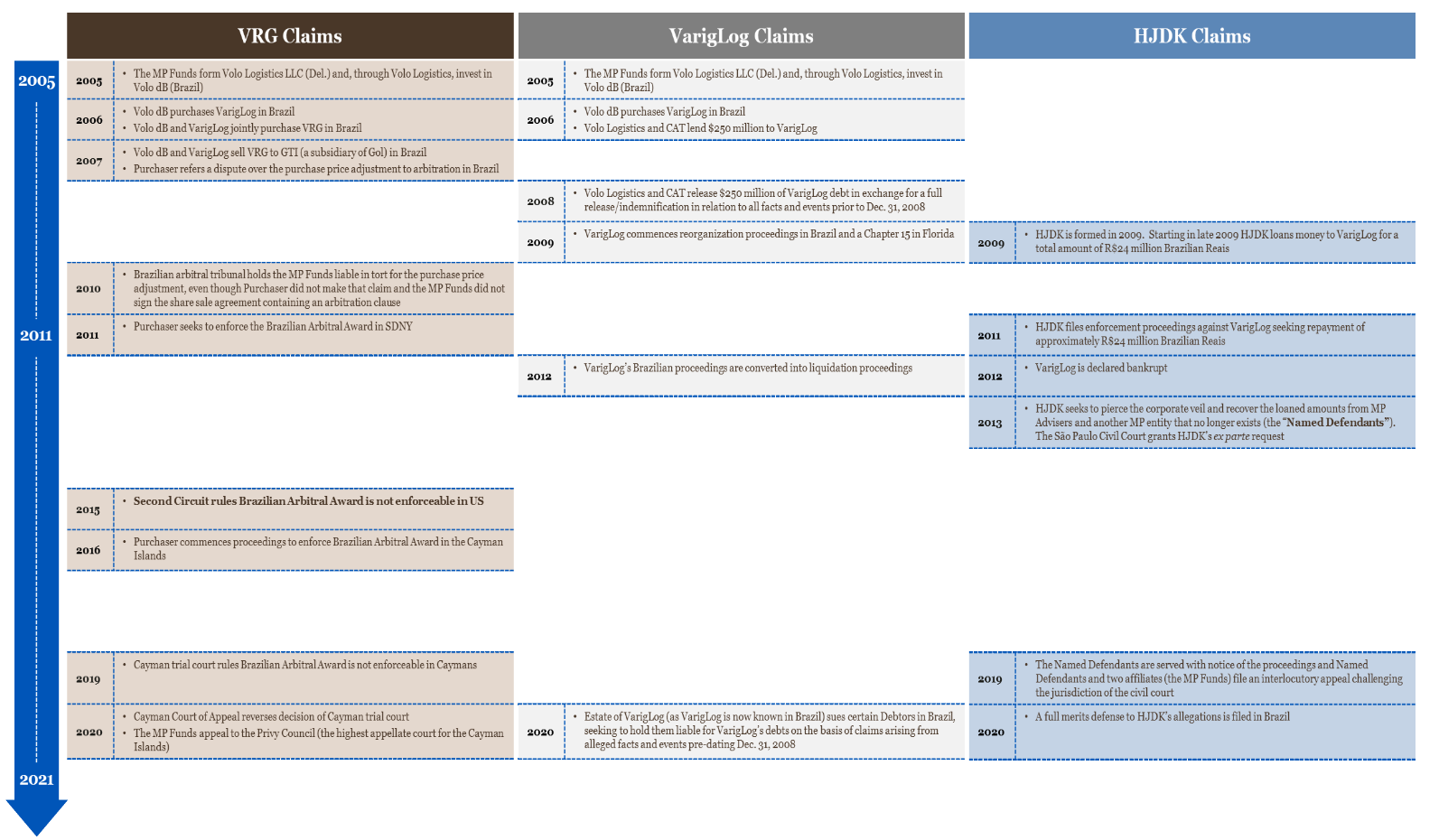 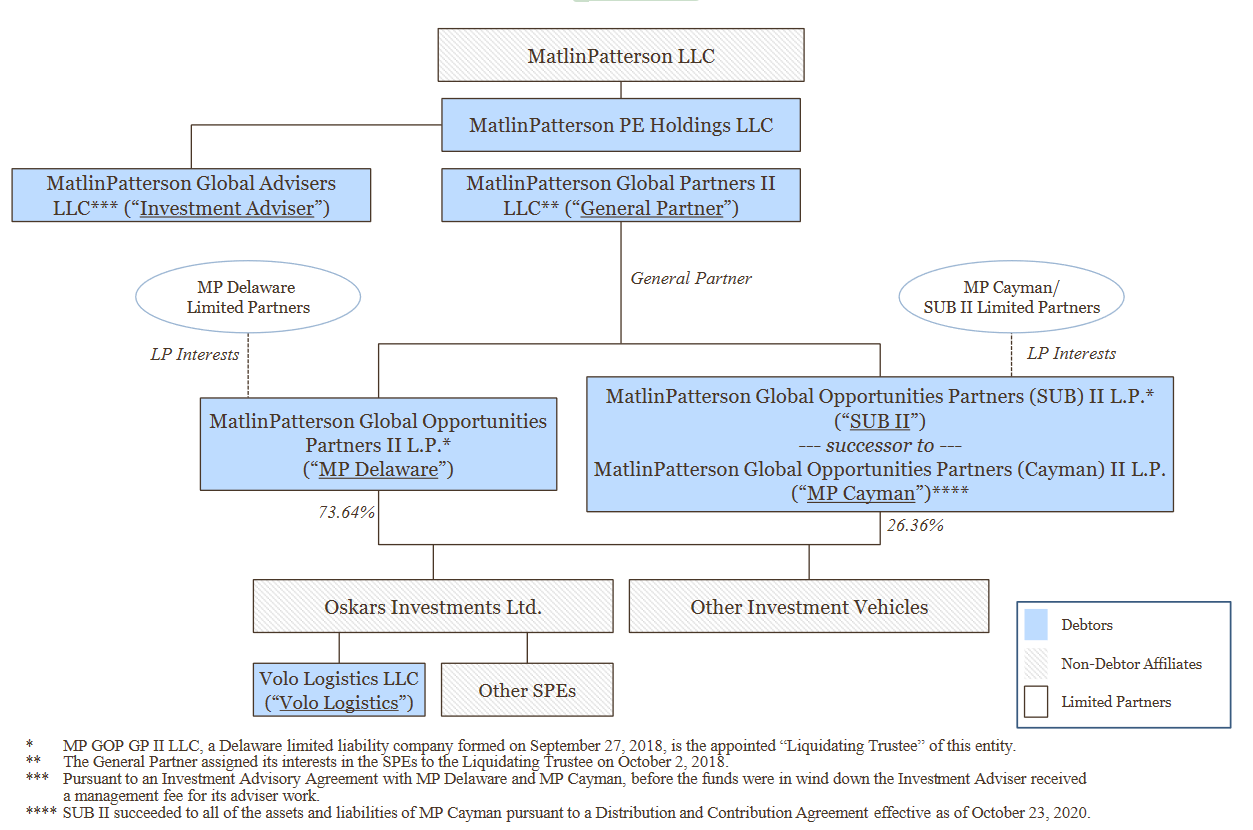