May 8, 2020 – The Court hearing the Neiman Marcus Group cases issued an order authorizing the Debtors to (i) access $275.0mn of debtor-in-possession (“DIP”) financing on interim basis and (ii) use cash collateral [Docket No. 254].

The expensive DIP financing (see detail as to interest rates and fees totaling more than 20% below) was approved notwithstanding a vigorous objection from Mudrick Capital Management LP ("Mudrick," holder of approximately $144.0mn of the Debtors' term loans) which called an estimated $73.0mn in fees "highway robbery" [Docket No. 179, see further below] and argued further that those fees were being paid in respect of a contrived backstop for the Debtors' DIP and exit financing. A backstop not needed at all as evidenced by their own DIP financing offer (which had "facially superior economics and no Backstop whatsoever"). The Mudrick objection, coming quickly on the heels of its spurned DIP financing offer and from a major creditor which has been a vocal opponent of the Debtors' reorganization plans, provides something of a harbinger of further objections/obstacles for the Debtors in the weeks ahead.

Prior to the Debtors' chapter 11 filing, Mudrick and hedge fund Third Point LLC reportedly offering $700.0mn of DIP financing on the condition that the Debtors embark on an immediate sale process; an offer and approach which the Debtors rejected. The Debtors' DIP motion stated that the Mudrick financing: "lacked the support of a majority lenders under the Term Loan Facility, was not fully committed, and therefore did not provide the same certainty and stability as the Term Loan Lender Group’s proposal…was not actionable because, among other things, the proposal required a protracted, costly, and difficult priming fight at the outset of these chapter 11 cases with little chance at success."

The DIP motion continued, “Several weeks of negotiations culminated in a comprehensive, pre-negotiated restructuring transaction embodied in the Restructuring Support Agreement with, among other parties, an ad hoc group of lenders who collectively hold approximately 78 percent of the Debtors’ term loan debt and 78 percent of the Debtors’ debentures (the ‘Term Loan Lender Group’) and an ad hoc group of holders of approximately 99 percent of the Debtors’ Second Lien Notes and approximately 70 percent of Debtors’ Third Lien Notes (the ‘Noteholder Group’). The Restructuring Support Agreement provides commitments from the Term Loan Lender Group (excluding the holders of the 2028 Debentures) and the Noteholder Group to backstop the proposed $675 million new-money debtor in possession financing facility (the ‘DIP Facility’), provide a $750 million exit financing facility (the ‘Exit Facility’), and support implementation of a chapter 11 plan that substantially deleverages the Debtors’ balance sheet and allows the Debtors to emerge from these chapter 11 cases as a stronger, better-capitalized enterprise positioned for sustained success. Importantly, the DIP Lenders have agreed to provide the Prepetition Term Loan Lenders, the holders of the Second Lien Notes, the holders of the 2028 Debentures, and the holders of the Third Lien Notes with an opportunity to participate in the DIP Facility and Exit Facility if they sign the Restructuring Support Agreement.

If approved, the Debtors will use the proceeds of the DIP Facility to, among other things, honor employee wages and benefits, procure goods and services, fund general and corporate operating needs and the administration of these chapter 11 cases, provide adequate protection to the Debtors’ prepetition lenders, and consummate their plan of reorganization, all in accordance with the initial DIP budget…The terms of the DIP Facility are appropriate and reasonable under the circumstances, were the product of good faith, arm’s-length negotiations, and will benefit all stakeholders in these chapter 11 cases. Moreover, in contrast to many retail cases and other cases with asset-based lending facilities, the Debtors are not seeking to ‘roll-up’ the prepetition loan facilities under the DIP Facility, nor do the Debtors seek to prime any creditors without their consent. In addition, the Debtors do not seek to place any liens on inventory subject to a proper consignment.

Further, no other third party came forward with an actionable post-petition financing proposal. The Debtors received an initial draft of a term sheet from another group of Term Loan Facility lenders, but this term sheet lacked the support of a majority lenders under the Term Loan Facility, was not fully committed, and therefore did not provide the same certainty and stability as the Term Loan Lender Group’s proposal. Nonetheless, the Debtors engaged in good-faith discussions with the potential alternative lender but were unable to make significant progress in such discussions. Ultimately, the Debtors determined that the alternative financing proposal was not actionable because, among other things, the proposal required a protracted, costly, and difficult priming fight at the outset of these chapter 11 cases with little chance at success when the Debtors should be focused on stabilizing their operations and building further consensus around the value-maximizing transaction presented as of the Petition Date, of which the proposed DIP is a key component. Thus, the Debtors believe that the DIP Facility is the only acceptable post-petition financing proposal.”

The objection stated, “The proposed Backstop Agreement, at its core, is no more than an attempt by the majority term loan lenders under the Credit Agreement (the ‘Backstop Lenders’) to extract more than $73 million in estate value from the Debtors at the expense of Mudrick and the other minority term loan lenders, all while flouting the legal principles fundamental to any restructuring proceeding. It purports to provide substantial consideration to a carefully curated group of lenders so as to ensure that the DIP Loan is fully subscribed, and that all necessary funding will be available to the Debtors at the outset of their bankruptcy cases (the ‘Backstop’). It also purports to provide additional consideration for exit financing. But the magnitude of the fee due to the Backstop Lenders, when compared to the actual commitment risk for which that fee purport to provide compensation (which is no risk at all), smacks of impropriety, and is a quintessential example of a lack of good faith. Perhaps even more troubling, because those Backstop fees are structured as grants of reorganized equity based on a deep discount to a currently unknown plan equity value, such equity based fees could ultimately be measures greater than their cash equivalent.

The Motion should be denied because:

Indeed, simple math shows that a Backstop here is wholly unnecessary, and its inclusion underscores the impropriety of what the Debtors and the three Backstop Lenders propose. The three Backstop Lenders have included as Backstop parties (1) 78% of the holders of the Term Loans, (2) 99% of the Second Lien Noteholders, (3) 70% of the Third Lien Lenders (the ‘Backstop Parties’) — all of whom have committed to fund their pro rata share of the DIP Loan. But that is not the end of the commitments that are already lined up. The lending syndicate for the Term Loans comprises a mere handful of Senior Secured Lenders: the Backstop Parties account for approximately 78% of the Term Loans, and Mudrick and a similarly situated minority Senior Secured Lender together account for approximately 13% of the Term Loans, leaving only 9% of the holders of the Term Loans unaccounted for.

In sum, no backstop at all is warranted as to either the DIP Loan or the Exit Financing. Even if such backstop were necessary, the market does not support the level of backstop fees proposed. The best of evidence of this is the competing DIP that Mudrick and others have proposed to the Debtors (the ‘Mudrick DIP’), which contains facially superior economics and no Backstop whatsoever. In contrast to the Debtors’ proposed DIP Loan, the Mudrick DIP provides for additional borrowing capacity, contains no backstop fees (instead it is issued at 5% OID—much lower than the 9.2% Backstop fee), and is provided at a lower interest rate. A copy of the term sheet outlining the Mudrick DIP is attached as Exhibit A.

As of the Petition date, the Debtors’ had outstanding funded-debt obligations in the aggregate principal amount of approximately $5.1bn, including: 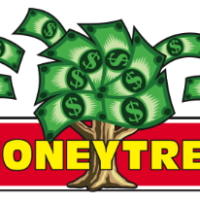