November 25, 2020 – The Court hearing the Northwest Hardwoods cases issued an order approving the Debtors’ (i) proposed Plan solicitation and voting procedures and (ii) a proposed timetable culminating in a January 6th combined hearing [Docket No. 64]. As standard with most prepackaged Chapter 11 cases, the order also conditionally waives (a) the Debtors' obligation to hold a creditors meeting and (b) file financial statements (SOFAs) and Schedules A/B.

On November 23rd, Northwest Hardwoods, Inc. and two affiliated Debtors (“NWH” or the “Debtors”) filed a prepackaged Chapter 11 Plan (solicitation had begun on November 13th) with the U.S. Bankruptcy Court in the District of Delaware, lead case number 20-13005. At filing, the Debtors, the largest United States manufacturer of North American hardwood lumber (based on sawmill capacity), noted estimated assets between $100.0mn and $500.0mn; and estimated liabilities between $100.0mn and $500.0mn ($421.0mn of funded debt). The Debtors, who filed with the support of holders of 95% of Secured Notes Claims and 94% of the Debtors’ outstanding common stock, cited the double blow of Chinese tariffs and COVID-19 as necessitating the Chapter 11 filings.

On October 21, 2020, the Debtors entered into a restructuring support agreement (the “RSA,” a copy of which is attached as to the Jeppson Declaration at Exhibit A) with certain Holders of the Secured Notes Claims (the “Ad Hoc Noteholder Group”) and (b) certain affiliates of Littlejohn & Co. LLC (collectively, the “Sponsor Equityholder”). Subsequently, Forest Field Limited (together with the Sponsor Equityholder and the Ad Hoc Noteholder Group, the “Consenting Stakeholders”) signed the RSA. The Consenting Stakeholders collectively hold more than 95% of the Secured Notes Claims and approximately 94% of the Debtors’ outstanding common stock. RSA milestones include (i) Plan confirmation within 45 days of the Petition Date and (ii) Plan effectiveness within 60 days of the Petition Date.

Among other things, the restructuring transactions contemplated by the RSA and Plan will:

The Jeppson Declaration provides further detail: "More specifically, the RSA and the Plan provide for the following:

In a declaration in support of the Chapter 11 filing (the “Jeppson Declaration”), Nathan Jeppson, the Debtors’ President and Chairman, detailed the events leading to NWH's Chapter 11 filing. The Jeppson Declaration provides the following on what was a crippling double blow from the Chinese, tariffs and COVID-19:  “[T]he Company has been disproportionately impacted by the trade disputes between the United States and China, and has also faced operational challenges resulting from the COVID-19 pandemic. As a result, the Company’s sales and profits have fallen short of expectations, which has made it challenging for the Company to continue servicing its current funded debt.

Since 2018, the Company’s ability to continue servicing its funded debt has been hampered by significant and unanticipated hurdles resulting from increasingly aggressive trade restrictions between the U.S. and China. As described above, a material portion of the Company’s sales have recently come from the Chinese market and sales projections over the past several years have been tied to an uptick in Chinese demand.

In recent years, in response to trade practices by certain of its international trading partners, the U.S. has imposed greater general trade restrictions and significant increases on tariffs for certain imported goods, particularly those from China. In September 2018, in retaliation for tariffs imposed by the U.S., China began placing tariffs ranging from 10% to 20% on U.S. wood products, among other goods.

Due to the escalation of these trade tensions, and the resulting decline of North American hardwood lumber sales in China, a surplus of hardwood lumber accumulated in the U.S. market, causing a drop in domestic pricing and in overall sales volumes. The Company has not been immune to these industry forces and, due to lower demand, has closed certain of its facilities, including those in Mount Vernon, Washington; Maury River, Virginia; Garibaldi, Oregon (sawmill only); Coos Bay, Oregon; and Front Royal, Virginia.

The Company’s financial distress has been further exacerbated by the COVID-19 pandemic. Stay-at-home orders issued across the U.S. brought the operations of many of the Company’s customers to a halt, reducing demand for the Company’s products."

According to the Debtors: “The Company is one of the largest hardwood lumber manufacturers in North America, with production facilities, warehouses, and distribution centers scattered across the United States. Since its founding more than 50 years ago, the Company has grown from one small sawmill to a large multinational corporation serving more than 2,000 customers worldwide, and selling a variety of domestic hardwood lumber, exotic hardwood lumber, hardwood plywood panel products, and other wood products.

The Company, which conducts its business primarily through NWH OpCo, is the largest United States-based manufacturer of North American hardwood lumber based on sawmill capacity, with a current estimated annual hardwood lumber capacity of approximately 320 million board feet. Its North America operations include twenty (20) facilities that produce over twenty (20) species of domestic hardwoods. The Company’s facilities are strategically located near high production timber baskets and key shipping ports in the Western, Glacial, and Appalachian regions of the United States. The Company also owns and operates three distribution centers/warehouses and operates thirteen (13) leased inventory warehouses scattered throughout the country. In addition to its domestic hardwoods lumber business, the Company imports and distributes over eighteen (18) species of exotic hardwood lumber, and sells hardwood plywood panel products and engineered wood products."

Valaris plc – Offshore Drilling Contractor Emerges from Bankruptcy as of April 30th Minus $7.1bn of Funded Debt, New Common Shares and Warrants of Successor Entity to Trade on NYSE 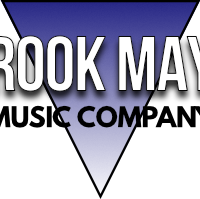