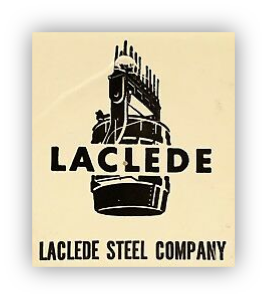 December 12, 2018 – Oak Point Partners acquired the remnant assets of Laclede Steel Company in December 2018. On July 27, 2001, Laclede Steel filed a voluntary petition under chapter 11 of the Bankruptcy Code in the United States Bankruptcy Court for the Eastern District of Missouri, assigned Case No. 01-48321. Thereafter, on May 19, 2005, the Court confirmed a Plan of Liquidation, which appointed the Official Plan Committee, charged with winding down the estate for the benefit of creditors.

Founded in 1911, Laclede steel manufactured a wide range of carbon and alloy steel products, including pipe and tubular, hot rolled, and wire products. After the conclusion of the Second World War, Laclede prospered in the rise of steel consumption.

The former headquarters of Laclede Steel was located in St. Louis, MO.

Times Square JV LLC – Ahead of February 1st Hearing, Creditors’ Committee Objects to Disclosure Statement as a Rushed Effort to Enable Andrew Penson’s Argent Ventures to Buy the Debtors at a Steep Discount