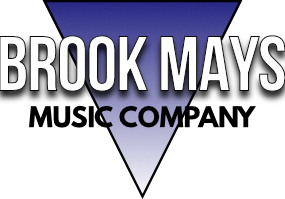 Founded in 1901, Brook Mays Music was a retailer of musical instruments, sheet music, and supplies for individuals and schools. The company operated 62 stores in eight states. Starting its business selling pianos, the company grew to become the largest such dealer in its region. The company was also the only major music company to survive the Great Depression in its area.