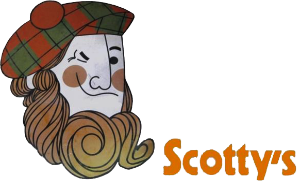 September 18, 2008  – Oak Point Partners acquired the remnant assets of the Estates of Scott Acquisition Corp., et al., in September 2008. On September 10, 2004, the Scott Acquisition Corp. and its related entities (“Scotty’s”) filed a chapter 7 petition in the United States Bankruptcy Court for the District of Delaware, assigned Case No. 04-12594. Thereafter, a Trustee was appointed to liquidate the estate’s assets.

Founded in 1924, Scotty’s was a retailer of building materials and home improvement products serving individual homeowners as well as the professional builder and commercial markets. The company was known for its large, white, barnlike buildings. Scotty’s biggest strength was its contractor and homeowner delivery service. Trucks in its fleet included flatbed lift, shingle boom, drywall, and box. Scotty’s was also a stock-car racing sponsor. At its peak, the company had 164 stores in Florida and its surrounding states.

The former headquarters of Scotty’s was located in Winter Haven, FL.