April 30, 2022 –  Brickchurch Enterprises, Inc. (“BCE” or the “Debtor”) filed for Chapter 11 protection with the U.S. Bankruptcy Court in the Eastern District of New York, lead case number 22-70914 (Judge Alan S. Trust). The Debtor, which owns a large beachfront property in Southampton, NY, is represented by the Law Offices of Craig D. Robins.

The Debtor's petition notes between 1 and 50 creditors; estimated assets of approximately $63.0mn; and estimated liabilities of approximately $52.2mn. Documents filed with the Court list fewer than 10 unsecured "non-insider" creditors with the largest unsecured claim at $33k. There are two debtors of note here: (i) alternative lender JGB Properties which has a $43.7mn mortagage claim (and which had initiated a foreclosure action) and (ii) insider Louise Blouin who has a $10.5mn unsecured claim.

Louise Blouin signs the Petition on behalf of the debtor which uses a Regus (ie a serviced office) address in New York city for purpose of the filing, but Ms Blouin notes a Swiss address in her capacity as an unsecured creditor (the address is that of relatively modest ski resort in Zermatt).

The property is currently listed with Sotheby's as part of a "compound" comprised of two adjoining properties at 366 & 376 Gin Lane in Southampton and reportedly most recently on the market at $110.0 (having fallen from $145.0mn), with the Debtor owning the property at No. 366 (the gate house). Corporate affiliate (and non-debtor) Aberdeen owns the main one-family residential property (No. 376 Gin Lane, the one without the tennis court). 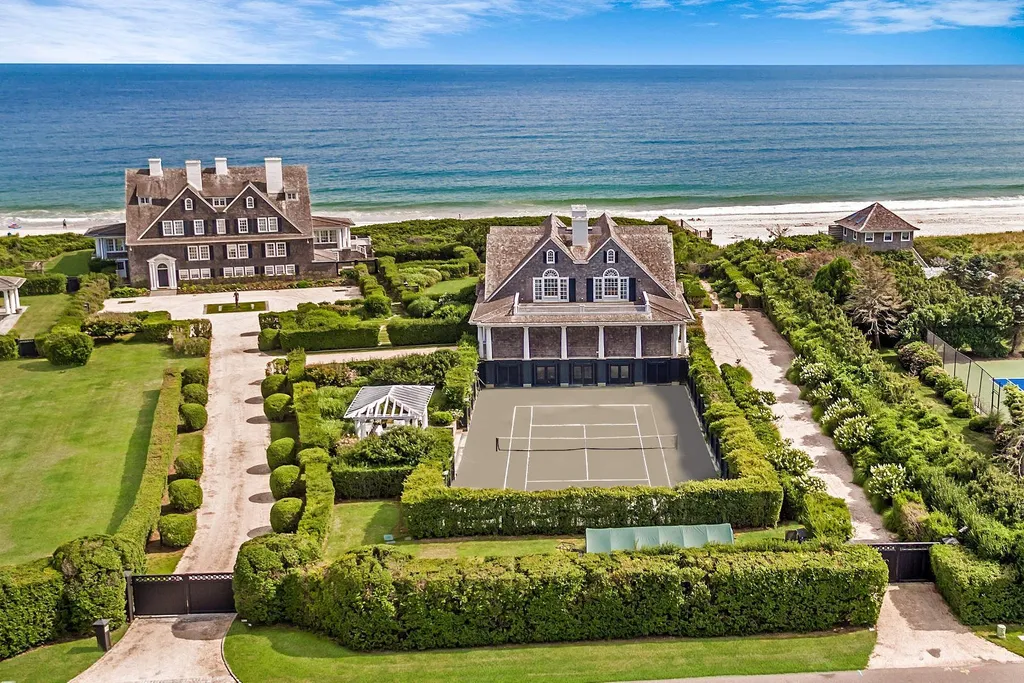 JGB Properties initiated its foreclosure action in November 2019 with this filing apparently intended to thwart a scheduled May 2nd foreclosure auction in respect of the property at No. 366.

The Debtor's bankruptcy would likely largely go un-noticed but for its Director Louise Blouin (née McBain) who continues a long slow motion fall from grace from the art and business worlds in which she was once heralded "breathlessly" by the BBC as “A new player on the British art scene…causing quite a stir with her combination of business savvy and visionary idealism."

"The very beautiful, very determined, very rich" Canadian has in recent years become the object of ridicule and sport, led by the New York Post which has tried with some success to brand her as the "Red Queen."

For a comprehensive (and gleeful) takedown of Ms. Blouin, see Artnet's "The Rise and Fall of the Louise Blouin Art Media Empire" which notes that Ms. Blouin's "power and success, not to mention the Marie Antoinette splendor of her lifestyle, were aphrodisiacal” [according to "former paramour Simon de Pury"] This 'Marie Antoinette lifestyle' has always very much included a certain 'let them eat cake' attitude towards her employees," …before dropping the guillotine on the arriviste with: "But in June, after years of agonizing downsizing and freakish self-inflicted wounds—all of it chronicled lovingly by the New York Post, which has attempted to brand her the “Red Queen”—Blouin finally outsourced the last vestiges of her once-multitudinous New York editorial offices to India. The official address listed beneath the recent BlouinShop press release is in Bangalore.

You’d think the disadvantages of running a high-end luxury-art empire on cut-rate outsourced labor would be obvious. Yet it is truly unclear whether Blouin herself understands what she has done."