December 7, 2021 – The Debtors notified the Court that their Amended Joint Prepackaged Plan of Reorganization has become effective as of December 7, 2021 [Docket No. 173] and further filed an updated Plan Supplement attaching key exit governance and finance documents [Docket No. 174]. The Court had previously confirmed the Debtors’ Plan on December 4, 2021.

On November 16, 2021, Riverbed Technology, Inc. and three affiliated debtors (“Riverbed” or the “Debtors”) filed for Chapter 11 protection with the U.S. Bankruptcy Court in the District of Delaware, lead case number 21-11503 (Judge Goldblatt). At filing, the Debtors, “a worldwide provider of IT optimization products and services, catering to four core solution areas: WAN optimization, software-defined WAN, application acceleration, and network performance management,” noted estimated assets between $1.0bn and $10.0bn; and estimated liabilities between $1.0bn and $10.0bn ($1.983bn of funded debt). As standard with prepackaged plans, the Court waived requirements as to filing of Schedules A/B and statements of financial affairs (SOFA).

Further engagements include White & Case LLP and Centerview Partners as counsel and financial advisors, respectively, to the Ad Hoc Group (defined below); with Davis Polk & Wardwell LLP also involved as counsel to certain members of the Ad Hoc Group.

In a press release announcing the emergence, Riverbed stated that it had “successfully completed its recapitalization, reducing debt by over $1 billion and bringing in $100 million of new cash, positioning the Company for growth and continued success over the long term. The recapitalization was completed through an expedited voluntary court-supervised process.

As previously announced and concurrent with the emergence, an ad hoc group of institutional investors led by Apollo (the 'Ad Hoc Group') have become the majority owners of Riverbed through their managed funds.”

The Debtors' filed Plan Supplements at Docket Nos. 65 and 174 (with the latter attaching updated versions of each of the arlier filed documents) attached the following: 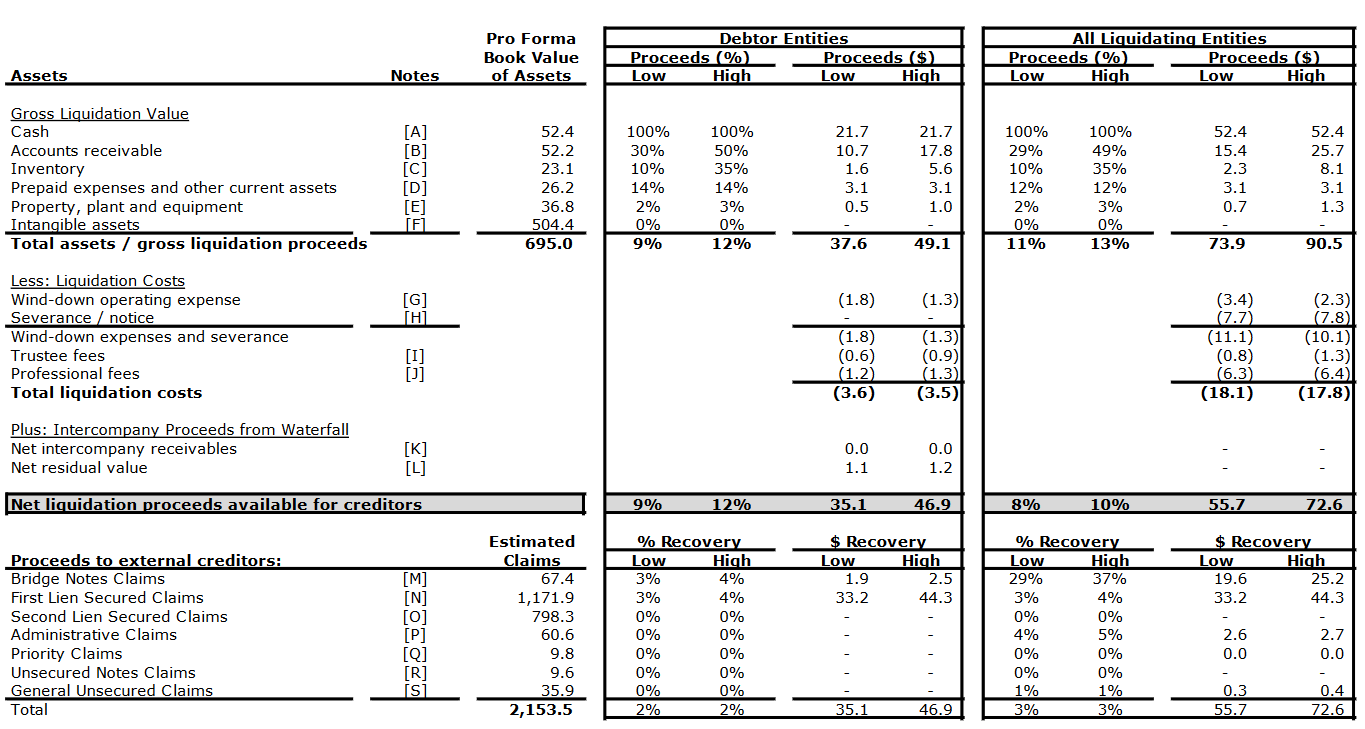 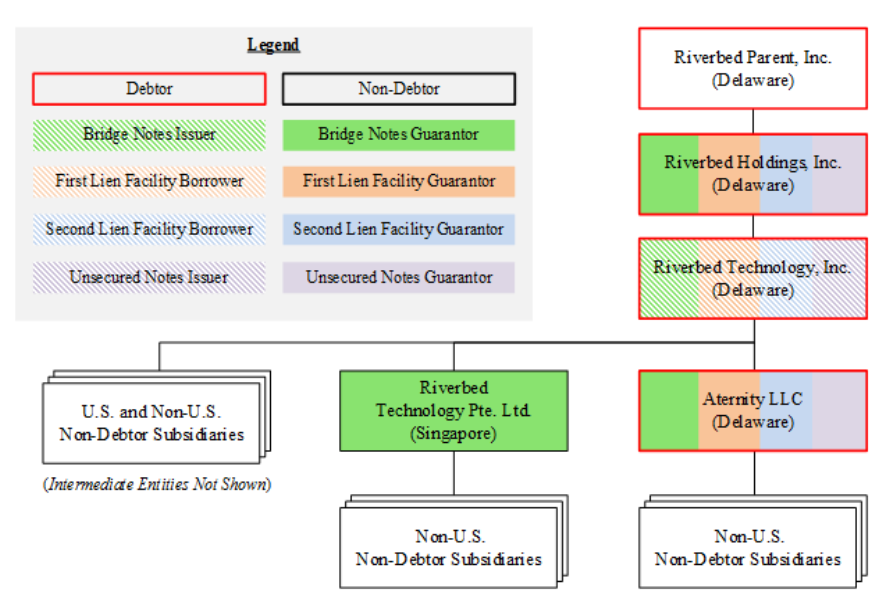