Further engagements include Weil Gotshal, as counsel, Huron Consulting Services, LLC, as financial advisor, and Guggenheim Securities, LLC, as investment banker. In a press release announcing the filing, the Company advised that, “The action comes following a protracted contract dispute with Pratt & Whitney Canada [“P&WC”] regarding the PW800 nacelle system used in Gulfstream G500 and G600 aircraft…. During an eight-year period, we invested in excess of $200 million. The PW800 nacelle system has FAA approval and is operating as expected, having flown more than 6,400 flight-test hours as of July 20 with exceptional performance and quality.”

Further commenting on the role of P&WC, documents filed with the Bankruptcy Court note, “Despite the Company’s efforts over several years, the Company has been unable to restructure its arrangements with P&WC in a commercially acceptable manner. P&WC has additionally asserted substantial going-forward damage claims against the Debtors under the LTPA, which the Company disputes.” The Company’s petition notes between 1,000 and 5,000 creditors; estimated assets between $500 million and $1 billion; and estimated liabilities between $100 million and $500 million. 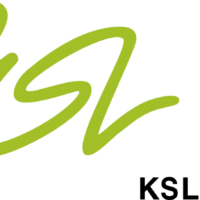