July 1, 2019 – The Debtors requested Court authority to (i) access $1.0bn in debtor-in-possession (“DIP”) financing, consisting of (i) a first lien superpriority DIP Revolving Credit Facility with aggregate commitments of $750.0mn and a letter of credit sub-facility (the “DIP L/C Sub-Facility”) in an aggregate amount of $50.0mn and (b) a DIP Term Loan Facility in an aggregate principal amount of $1.0bn.

On an interim basis, the Debtors are requesting access to $1.5bn comprised of (a) $1.0bn from the DIP Term Loan Facility and (b) $500.0mn from the DIP Revolving Credit Facility.

The Debtors' DIP financing motion states: "Absent entry into the DIP Facility, the Debtors will have insufficient liquidity to continue operating in the ordinary course and the Debtors’ restructuring efforts will come to a grinding halt. As of the Petition Date, without access to the DIP Facility, the Debtors and non-Debtor Guarantors in North America have only $50.0 million in cash – of which $40.0 million is restricted – leaving the Debtors and non-Debtor North American guarantors with only $10.0 million in available cash to support operations and fund the Chapter 11 Cases. Moreover, there is no additional liquidity from foreign non-Debtor subsidiaries outside the non-Debtor North American guarantors, as their cash is either trapped, pledged to letters of credit, or below minimum operating levels. The relief requested herein is necessary to preserve the Debtors’ operations as well as to provide the Debtors the opportunity to consummate their heavily-negotiated restructuring which will benefit all stakeholders. 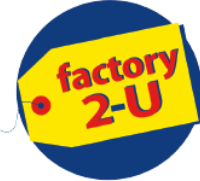